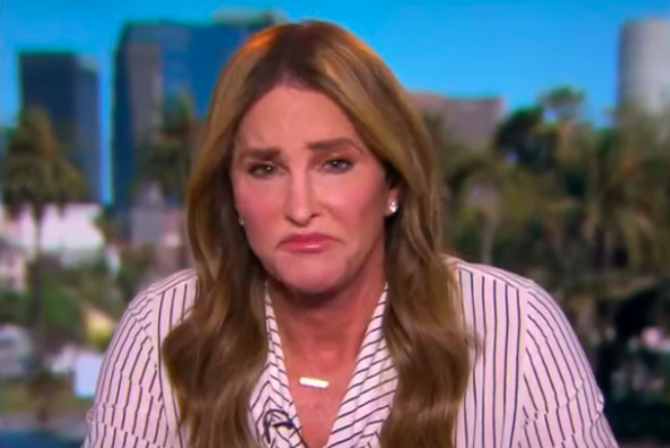 Everyone’s talking about Caitlyn Jenner’s disastrous appearance on “The View” this morning during which she made all sorts of idiotic and, at times, downright offensive remarks.

During the segment, Jenner trashed Gov. Gavin Newsom’s handling of coronavirus, ranted about immigration, and dodged questions about trans athletes, which she discounted as “a very small issue.”

But the most ridiculous part was probably when she refused to say whether Trump lost the 2020 election. (Spoiler: He did!)

When co-host Joy Behar asked whether she was one of “those Republicans” who still believe #TheBigLie, Jenner refused to answer the question.

“I am not going to get into that,” she said. “That election is over with. I think that Donald Trump did do some good things. What I liked about Donald Trump was that he was a disrupter.”

“But did he win?” Behar interrupted. “Did he win the election?”

The entire four minute segment was just a mess.

Jenner launched her campaign for California governor in April with the help of Brad Parscale, Trump’s former campaign manager who suffered a nervous breakdown last fall and had to be involuntarily committed to a hospital for a psyche evaluation.

That segment with @Caitlyn_Jenner was a hott mess! #TheView pic.twitter.com/kNJAj74AuF

Since she's on @TheView today, I'll say it again:

Caitlyn Jenner is the Phyllis Schlafly of the trans community, except Schlafly was actually effective. #TheView

And during pride month!? HELL no #TheView pic.twitter.com/02swXAvbIe

This Caitlyn Jenner interview on #TheView is brutal. Rambling on so much they keep having to cut her off. No talk about her policies, just generic "I want to change things for the positive" talk. Should have ended this after the first commercial break. @TheView

Sara Haines: You’ve gotten some pushback about your stance on trans girls playing sports. What’s your response to that?

Caitlyn Jenner: Immigration is the problem. I’m going to close our southern border and I’ll be the best at it.

#TheView after that Caitlyn Jenner interview, I hope Californians make the right decision. She didnt say "Biden won fair and square". She avoided the question! Don't get complacent cause the state is blue. Remember what trump did? Go out and vote! California deserves better!