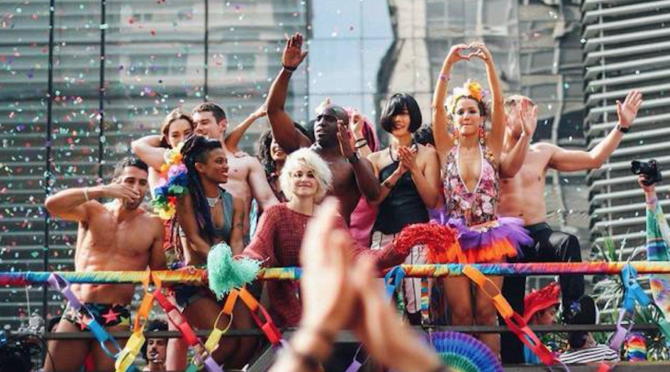 After announcing that the queerest show on the airwaves, Sense8, was getting the axe after two glorious seasons, Netflix has seen — at least partially — the error of their ways. On Thursday, the streaming service broke the news that a two-hour finale will be coming next year.

In a video posted to social media, actors from the series sing along to “What’s Up” by 4 Non Blondes, and then BAM, there it is: “It’s happening. Two-hour finale episode. Tell your cluster.”

Series co-creator Lana Wachowski also posted a letter online expressing gratitude to the fans who fought for the series to live on.

“The passionate letters, the petitions, the collective voice that rose up like the fist of Sun to fight for this show was beyond what anyone was expecting,” Wachowski said.

“It is my great pleasure as well as Netflix’s (believe me, they love the show as much as we do but the numbers have always been challenging) to announce that there will be another two-hour special released next year. After that…if this experience has taught me anything, you NEVER know.”