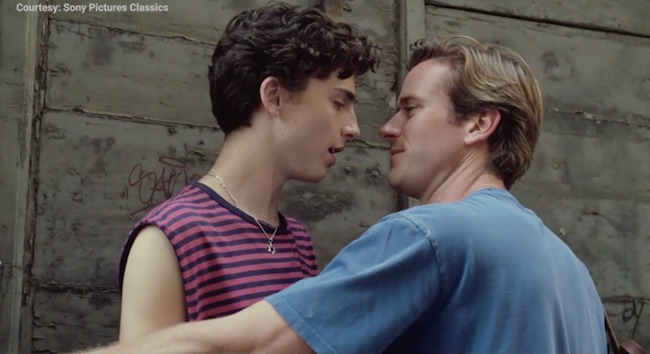 No doubt, you’ve already heard plenty about that scene from the upcoming gay drama Call Me By Your Name.

The film, as well as the book, features a notorious scene in which Elio has an intimate encounter with a peach. It almost didn’t make it into the film, but it’s most definitely there in the final cut.

Related: Armie Hammer seduces a precocious teen in first “Call Me By Your Name” trailer

And apparently Chalamet is a method actor, because he, erm, dove deep into his research to fully exploit the subtext of the scene.

As did director Luca Guadagnino.

“I was tempted to remove it from the script, “ Guadagnino tells OUT.

“In the book, it is so strong and explicit that I thought it was a metaphor, something that couldn’t exist in real life.”

Unselfishly, he decided to share this privileged information with Chalet:

“I went to Timothée  and said, ‘We shoot the scene, because I tried it and it worked.’

Two consummate professionals, not afraid to get their hands dirty, and willing to do whatever it takes to fulfill their artistic vision.