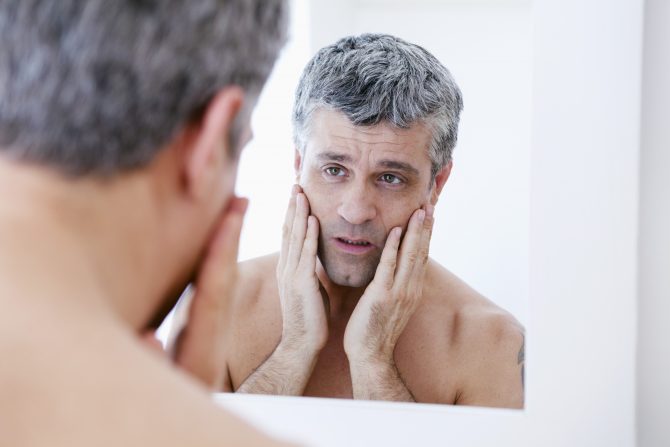 It’s a steamy autumn evening in New York City. Windows relax open as city sounds permeate apartments, a perfect soundtrack for date night–even one that is unseasonably warm. Air conditioning units have already been put away for the season, and the radiators have kicked in.

A bead of sweat dances down his brow, lazily finding its way down to his neck. I kiss it and he giggles.

“Ooh, thanks daddy,” he smiles, starting to get up.

“Thanks daddy,” he repeats, grabbing his jacket.

I gulp the rest of my pinot grigio and decide to forget about it.

The next day, though, it’s time for some existential dread. So wait, am I a daddy now? Because I paid for something? Or is it because I’m older than he is? Only by four years! How did this happen? I’m a young man at the tender age of merely thirty-three. I’m practically a child.

But I’m a grown man.

I have my own apartment lease (without a guarantor, thank you very much) I write thank you notes. I have a 401K. Hell, I have a prescription for Propecia. I’m not a kid anymore, kiddo.

But when did I crossover into daddy territory? Upon reflection, I suspect some key factors are contributing to my distress over something that should not have bothered me one bit:

1. “Delayed Adolescence” associated with life in the closet

I’m not the first writer to explore “Peter Pan Syndrome,” the pop psychology theory that explains youthful, reckless behavior for folks who “refuse to grow up.” Many believe this affects queer people disproportionately because of time spent in the closet. Because of this, queer people aren’t always able to experience typical coming of age milestones of the average adolescence, specifically the ability to be public about crushes or to go through typical courtship phases.

I don’t think I had a chance to feel freedom until I moved to New York City in 2010. I’d already had two years in the workforce as a teacher and I had just finished grad school. New York City brought countless opportunities to experience a new form of abundance. I was so far away from my conservative hometown of Bakersfield, California. I felt myself testing boundaries.

I entered the dating scene, I had hookups, I frequented 9th Avenue and the West Village. I had a few very wild nights where I discovered myself holding glassware from the bar WHILE ON THE SUBWAY HOME. It was a playground.

As I’ve explored in other columns, this wasn’t permanent. I grew disillusioned with superficial relationships and got the vibe that few of my peers were ready to settle down either.

Related: If your date is racist, please don’t f*** him

I did have my heart broken once, and I think I’ve broken a couple hearts myself, but I never had a real growing up moment. I fell into the safety of my friendships as I put a pause on my dating life. I didn’t evolve.

I still feel immature in my relationships and expectations of others, as  a few of my readers have “graciously” noted. I don’t always feel like a real adult. Perhaps that’s why I’m uncomfortable with the “daddy” label. I just don’t think it fits.

2. Ageism in the gay community

It’s certainly a stereotype that gay men are fearful of aging, but I do see myself (and many of my peers) in the stereotype. We joke about Botox, diets, and gym obsessions. Some in our community tend to celebrate youth, from the advertisements we see, nightlife events, even the pornography we consume. However, this is certainly also true of non-gay people, whom marketers target with a continual stream of propaganda about the benefits of youth and the perils of aging. Just look at our current president, whose hair is dyed and combed over, a perma tan turning his face orange. His wife is decades younger, and he’s obsessed with various pageants of parading young women, where’s he’s been accused of “grabbing” women in the you-know-where.

Whether gay or straight, behaviors lead to and reinforce internalized ageism. Even as we can intellectually note the glamorization of youth, we don’t think about how, if we are lucky, we all become “elder gays” eventually. And that leads to a form of “sexual minority stress.”

This has been validated in numerous studies, notably in a 2015 UCLA study “Internalized gay ageism, mattering, and depressive symptoms among midlife and older gay-identified men.” Researchers found that “midlife and older gay men are subject to feeling depreciated and socially invisible.” But one factor in mitigating this internalized ageism is a sense of mattering in the community, which serves to moderate these symptoms.

Even as I’m just starting to think about approaching “midlife,” I already see myself in this study. Perhaps the answer is to put more energy into appreciating the older gay men around me and the ancestors of our community and movement. It’s certainly more positive and socially beneficial than worrying about fine lines or who is paying for pizza. The more we turn away from the mirror and think about how we can help others instead, the happier we will become.

Expectations around age can also be grounded in heteronormativity, which enforces gender binaries, including stereotypes about men being considered dominant partners, providers, etc. In that way, adulthood for men may bolster the “daddy” persona.

At the same time, many queer people, myself included, feel uncomfortable around stereotypical gender norms.

I recently spoke with my father about my likes and dislikes growing up, and I had the realization that I hated anything with a uniform. Boy scouts, little league, basketball, playing army, even marching band. I had a deep aversion to uniforms.

Costumes, on the other hand…

I loved theatre, Halloween, imaginative role-playing. I vividly remember a conversation I had with my parents before my freshman year of high school. I wanted to join the color guard over the marching band. Surprise, surprise, that wasn’t encouraged. And I’m still jealous of the sparkly velour pantsuits…

I abhor conservative dress codes. I remember being admonished in an early internship, when 19-year-old me wore flip flops to work–something all of the women did. I also rebelled as a Teach for America corps member and throughout my teaching career. In many environments, male teachers were expected to wear ties with shirts buttoned up all the way–even in sweltering heat. I still think ties are a huge scam and I avoid them whenever possible.

Masculinity is a prison, amirite?

Now, for all of the eye-rolling I know many will have as they read this article, I also know that many of you will share my questions. Are these expectations for men healthy? Are they working for us? Is it normal to worry about these things? How is this tied to the daddy persona in the gay community?

Most importantly, once someone calls you daddy does that mean you have to stop looking for a daddy of your own?!

Fast forward to two weeks after the Great Pizza Daddy Debacle of 2019. I’m out at a bar with my friend Matthew, who is 10 years younger. I find a spot in the corner while he sets out for drinks.

He returns with two vodka sodas and sets them on the table. I hear myself say, “Thanks, daddy.” 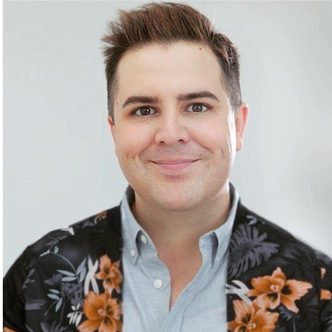 Brent Lomas (@brentlomas) is a New York City-based communication professional with a background in entertainment, education, and activism.

Brent has hosted cabarets and fundraisers throughout New York City as his alter-ego Ruby Powers since 2014. He also performs regularly as a company member of A Drinking Game: NYC, recreating 80s/90s classic movies for a live audience.