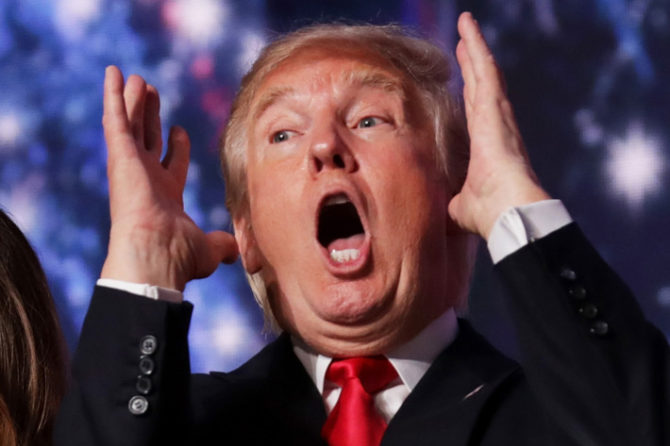 A group of 33 psychiatrists recently wrote a letter to the New York Times saying Donald Trump demonstrates “grave emotional instability” that “makes him incapable of serving safely as president.”

“Mr. Trump’s speech and actions demonstrate an inability to tolerate views different from his own, leading to rage reactions,” the letter stated. “His words and behavior suggest a profound inability to empathize. Individuals with these traits distort reality to suit their psychological state, attacking facts and those who convey them (journalists, scientists).”

Now, another leading psychiatrist is pushing back. But he’s not defending Easy D or criticizing the doctors for breaking the American Psychiatric Association’s 1973 Goldwater Rule, which states that it is unethical for mental health professionals to give an opinion about public figures they have not examined in person and obtained consent from to discuss their mental health.

He’s standing up for the mentally ill.

Dr. Allen Frances is a professor emeritus of psychiatry and behavioral sciences at Duke University Medical College and used to serve chairman of the task force that wrote the Diagnostic and Statistical Manual of Mental Disorders IV.

“Most amateur diagnosticians have mislabeled President Trump with the diagnosis of narcissistic personality disorder,” he writes in a letter to the editors at the New York Times. “I wrote the criteria that define this disorder, and Mr. Trump doesn’t meet them. He may be a world-class narcissist, but this doesn’t make him mentally ill, because he does not suffer from the distress and impairment required to diagnose mental disorder.”

He continues: “Mr. Trump causes severe distress rather than experiencing it and has been richly rewarded, rather than punished, for his grandiosity, self-absorption and lack of empathy. It is a stigmatizing insult to the mentally ill (who are mostly well behaved and well meaning) to be lumped with Mr. Trump (who is neither).”

Allen adds that mere bad behavior and/or rudeness/crassness/assholery “is rarely a sign of mental illness.” In fact, he says, “the mentally ill behave badly only rarely.”

He concludes his letter by asking people to stop referring to Tiny Hands as mentally-ill or using psychiatric name-calling as a “way of countering Mr. Trump’s attack on democracy.”

“He can, and should, be appropriately denounced for his ignorance, incompetence, impulsivity and pursuit of dictatorial powers,” Allen says. “His psychological motivations are too obvious to be interesting, and analyzing them will not halt his headlong power grab.”

“The antidote to a dystopic Trumpean dark age is political, not psychological.”

You got that, folks? Stop calling Donald Trump “crazy” and instead stick to calling him an ignorant, incompetent, impulsive, wannabe dictator.

Related: CNN captures Donald Trump watching a blaring television on Air Force One instead of doing his job

Subscribe to Queerty for a daily dose of #politics #donaldtrump #dr.allenfrances stories and more