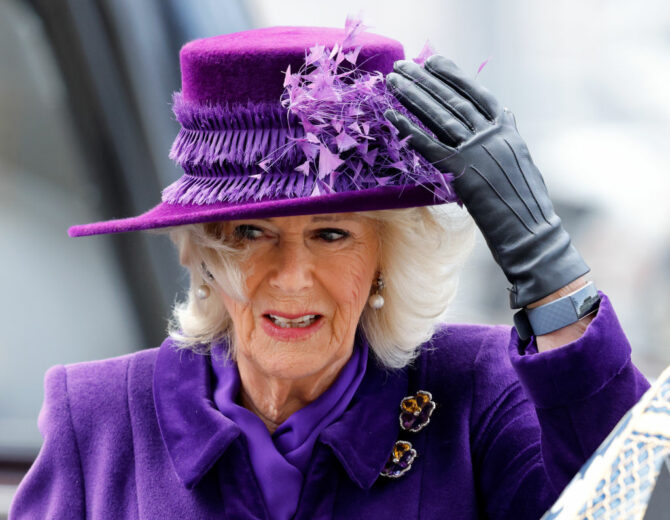 It’s been a challenging couple of weeks for Camilla, Duchess of Cornwall.

Lingering side effects from a COVID-19 breakthrough infection earlier this year have caused her to cancel several public appearances as she continues to recover from the virus.

“It’s taken three weeks and still can’t get shot of it,” Camilla, who is triple vaccinated, told Hello! earlier this month. “Probably my voice might suddenly go, and I might start coughing and spluttering.”

So that sucks. But at least she’s on the mend!

Related: This tweet about Prince Andrew and Queen Elizabeth has the Internet doing spit-takes

On top of that, new reports that she feels as though she’s being “overshadowed” by Kate Middleton have begun circulating.

Last month, Queen Elizabeth II marked her Platinum Jubilee by surprising everyone and announcing that it was her “wish” for Camilla to be known as Queen Consort rather than Princess Consort, as was previously agreed upon.

The news caused quite a stir on social media, with many vowing never to refer to the Duchess as their “Queen.”

Sorry her majesty, but the only queen after you will always be Queen Diana.

We will never ever bow to Camilla nor call her Queen. pic.twitter.com/dfLCIIck8m

Anyway Princess Diana in heaven reading tweets about Camilla getting dragged and seeing #AbolishTheMonarchy like??. pic.twitter.com/NyeAZvXmV5

Now, royal expert Russell Myers tells Express.co.uk that, despite Camilla eagerly preparing to become Queen Consort ahead of Kate, her future subjects are refusing to take her seriously.

“People will look to Kate before Camilla,” Myers says. “The interest has gathered at such a pace with William and Kate that people do see them as the next custodians.”

Because Prince Harry recently inked a book deal with Penguin Random House to write a tell-all memoir and there are concerns within the family about how he’s going to treat the woman many feel is responsible for breaking up his parents’ marriage.

A source recently told The Sun that Charles fears Harry’s book will be an “excoriating takedown of Camilla” and that he’s “shared his concerns with William” and hopes he “sticks up for Camilla should the book attack her.”

Related: Related: Sarah Ferguson just threw the entire royal family under the bus… then got hit by the bus herself

“There are concerns about Harry disrespecting Camilla and, god forbid, disrespecting perhaps the Duchess of Cambridge,” royal gossip columnist Kinsey Schofield told GB News earlier this month. “I do think this is a mistake for Prince Harry.”

Harry and Meghan stepped down as senior royals in January 2020. Their withdrawal was followed by a string of criticisms about their experiences with the Royal Family, including a lack of support and racist treatment, which Camilla was reportedly not happy about.