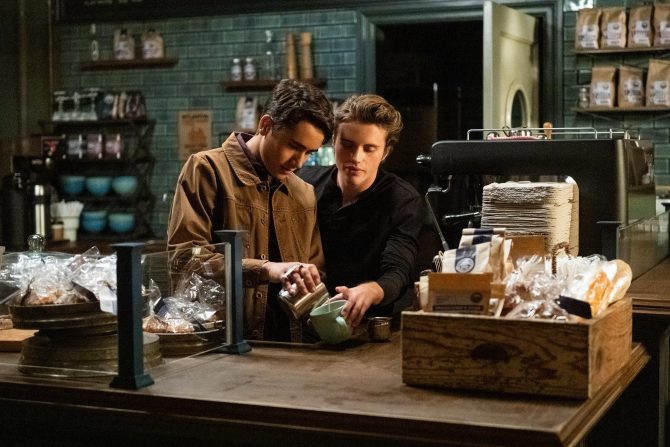 The much-hyped sequel to Love, Simon debuted on Hulu this year and viewers fell immediately in love. It’s easy to see why. Love, Victor picks up several years after the events of the film, with the handsome young Victor (Michael Cimino) arriving at Creekwood High on the precipice of sexual awakening. As he struggles with the adjustment to his new school–not to mention his budding attraction to boys–Victor reaches out to Simon (again played by Nick Robinson) for advice on how to navigate the woes of young adulthood as a queer man.

Whereas Love, Simon had a fluffy feel by design, Love, Victor dives much deeper, mixing humor and real human drama beyond just Victor’s coming out. In many ways, the show exists to meditate on love in all its forms, within families, between young lovers, and even older, married couples. The show doesn’t skimp on the queer elements, either. Along with Victor, the series features the ongoing affair between his friend Benji (George Sear) and his college-aged boyfriend Derek (Lukas Gage), and the more mature questions of love and fidelity that pop up beyond high school.

Love, Victor isn’t a teen rom-com like its cinematic predecessor, nor is it an eye-rolling softcore soap a la Beverly Hills 90120, thank goodness. Rather, it’s a tender and often hilarious ensemble show about the mystery of love: one that deserves to be seen.