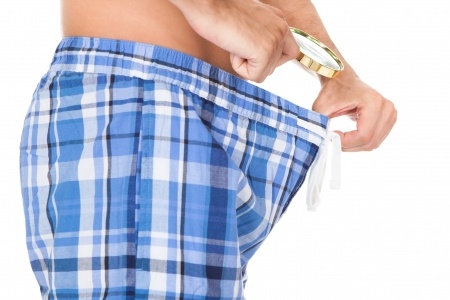 A study recently published in the Journal of Sex and Marital Therapy says that poor “genital self-image” doesn’t necessarily have an impact on a man’s sexual satisfaction.

Overall, adults who felt more positive about their genitals also expressed positive outlooks on their body image and fewer concerns about their sexual performance.

Women who with a positive genital self-image also reported higher levels of sexual satisfaction; however, men were different.

Researchers found that “genital self-image did not significantly predict sexual satisfaction among men.”

Researchers also said that the association between a man’s genital self-image and his overall body image may be affected by an unknown outside variable. Although they didn’t elaborate as to what this variable might be, it could be a man’s exposure to adult videos or images of idealized bodies, as a 2017 study found that men who watched more adult videos also experienced higher levels of bodily dissatisfaction.

Basically, until we get a study looking at how exclusively homosexual men feel about their genitals, body image, sexual satisfaction and functioning, our full relationships with our genitals will remain somewhat mysterious.