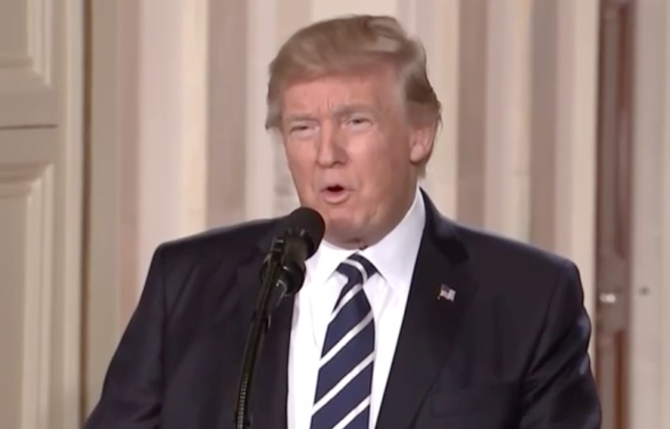 OK, so something serious happened last night, and we should all educate ourselves on the details.

In fact, our sister site LGBTQ Nation has an excellent post up about everything you need to know about Trump’s Supreme Court pick: Neil Gorsuch.

But there was also an element of the absurd to President Trump’s proceedings that warrants a mention. The President treated his announcement like an episode of his reality show The Apprentice, complete with multiple finalists guarded until the last moment, and the primetime TV bombshell treatment.

And since the President is going to treat matters of national import like pure theater, he’s going to have to deal with the critics.

One moment in particular rings especially ridiculous — his verbal soup just after he dropped the big name.

Watch, then re-watch to make sure you heard that correctly, below:

This will go down among the greatest lines of political rhetoric from this great nation.