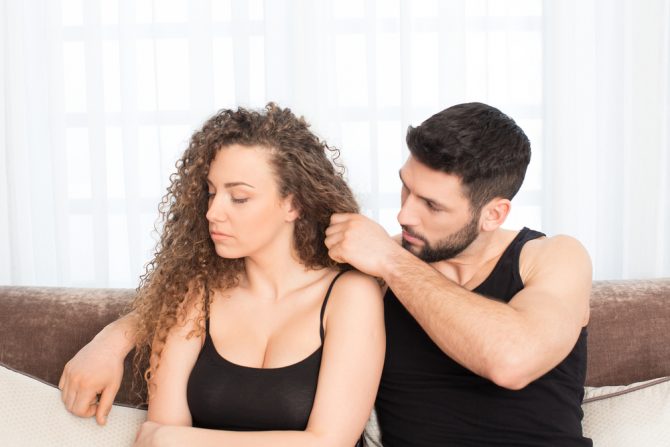 A woman says she suspects her boyfriend of five years might be into guys. Maybe he’s bisexual? Maybe he’s gay? She doesn’t know. So she’s writing to advice columnist Julia Naftulin at Insider for answers.

This has lead her to come to the conclusion that he must be bisexual.

“But whenever I ask him about his sexuality,” she continues, “he always claims not to be bisexual.”

“I’m wondering if, despite his insistence, he really is bisexual, or maybe he’s gay,” she writes. “How can I find out?”

In her response, Naftulin basically tells the woman to get a grip.

“It’s possible your boyfriend doesn’t want to box himself into a specific label because he simply doesn’t feel the need,” she writes.

Naftulin goes on to tell the woman to do some soul searching and ask herself why labeling her boyfriend’s sexuality is so important to her.

“I invite you to challenge whatever views you hold, and talk through the emotions you’re feeling in relation to sexuality, with your partner. Doing so will make your relationship a stronger and more understanding one.”

In conclusion, Naftulin tells the woman to “get curious, not frustrated” about her boyfriend’s sexual desires. Ask him about it. And really listen to his answers.

Related: Her boyfriend watches gay adult films and is attracted to men — but doesn’t want to break up. HELP!