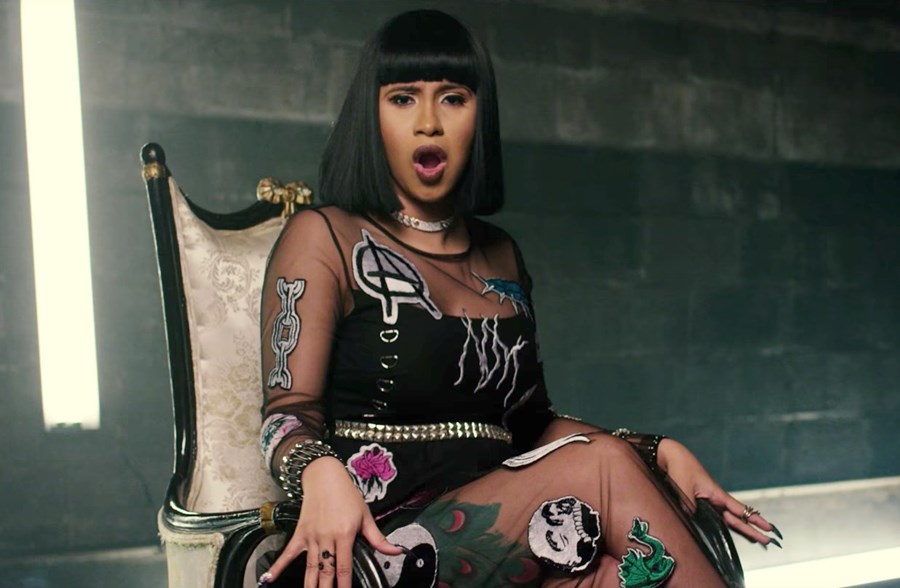 Cardi B is standing by her fiancee Offset after he received backlash for the antigay lyrics in his song Boss Life.

Just to recap: Offset, who belongs to the hip hop group Migos, raps in the song, “I cannot vibe with queers.” After being called out for being homophobic, the 26-year-old hip hop artist issued an apology of sorts, saying the word “queer,” to him, means “odd” or “strange” and that he wasn’t talking about LGBTQ people. He went on to say “I’m offended I offended anybody.”

Related: Migos rapper’s “explanation” for antigay lyric will make your eyes roll right out of your head

Not surprisingly, the apology didn’t go over so well. Now, Offset’s fiancee, Cardi B, the 25-year-old reigning queen of hip hop who currently holds the record for being the only woman to have five Top 10 singles simultaneously on the Billboard Hot R&B/Hip-Hop chart, is stepping in to set the record straight.

Or maybe make it worse?

In a Twitter live video, Cardi claims Offset didn’t know the term “queer” was a derogatory word for gay people. Rather than calling him homophobic, she’s asking that people educate Offset.

“What is the point of you trying to argue and not educate?” she says.

Related: Katy Perry fans are furious that she collaborated with homophobic rappers

She likens the whole thing to a similar controversy she experienced a few years ago when she was blasted for using the word “tranny.”

“I didn’t know that that was a world that you cannot use,” Cardi says. “Especially since my trans friends use it.”

What do you think? Should Offset have known better? Or should we call this a “teachable moment” and move on? Sound off in the comments section…