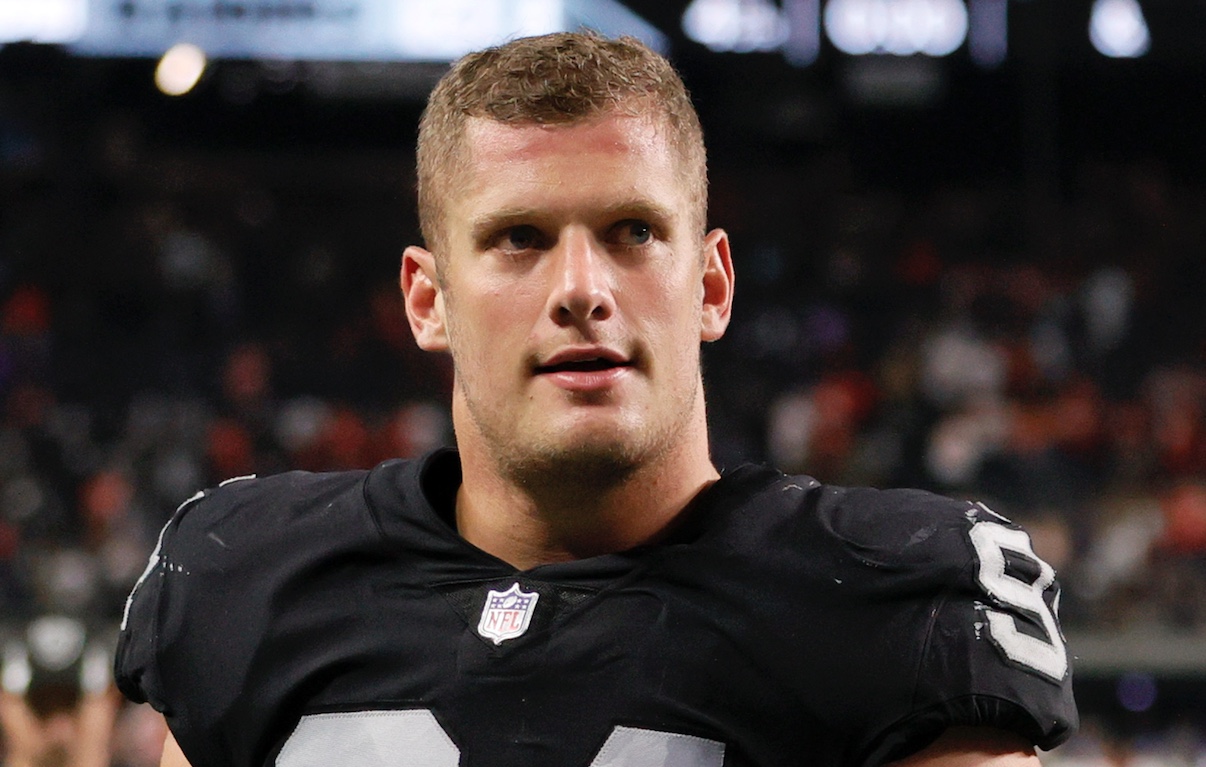 LGBTQ+ football pioneer and famed Swiftie Carl Nassib is reprising his role of philanthropic king and the community is all the better for it.

Earlier this year, the Buccaneers linebacker pledged to match donations to The Trevor Project up to $100,000 — a donation goal recently achieved in full by a sizeable chunk of change from the NFL. Now, the player is going a (literal) step further for the queer advocacy nonprofit.

The annual “My Cause, My Cleats” initiative from the NFL prompts players to pick a charity cause to adorn their uniquely designed cleats. For the second year in a row, Nassib has chosen The Trevor Project to represent and donate to. This year’s design eschews the rainbow-laced 2021 design for an all-over Trevor Project orange. 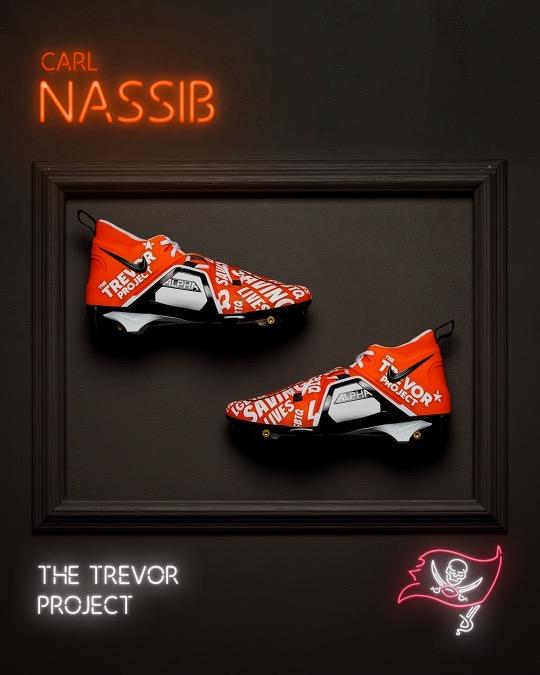 Of the ~1700 currently active NFL players, Nassib is the only one to pick an LGBTQ-specific charity this year.

Nassib’s philanthropy isn’t limited to this one non-profit — or even just to himself. He’s recently released an app, Rayze, designed to match users with nonprofits volunteer opportunities, and charitable causes near them in a quick and accessible way.

“It was half a mile from a team of millionaires, and a family of billionaires,” he recounted to People. “And nobody knew that these kids, 14 year olds who were given Dr. Seuss books, were right there. So I left that day, and I was, like, ‘There needs to be an app…’”

Related: Carl Nassib makes “hardcore” confession, but the clues have been hiding in plain sight

The Rayze team is currently hosting a series of volunteering events each weekend called “SatuRayze” aimed at getting folks involved in their communities on a local level.

“My vision is just getting people up out of their houses and involved,” Nassib said. “It’s just the most rewarding thing ever — being of service to other people. It gives you a sense of accomplishment, of self-worth, as opposed to looking at social media all day, which is just so crippling to your self-esteem and self-image.

“We’re combatting all those negatives of social media by getting people out of their houses and giving back. It’s fun!”