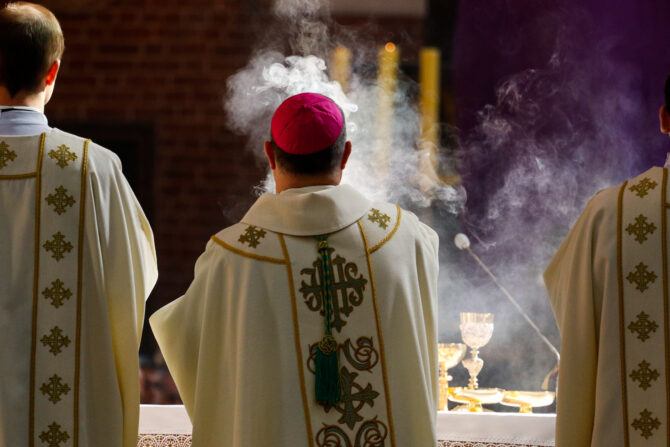 You can really feel the remorse from the Catholic Church of Malta after one of its priests said being gay is worse than being “possessed.”

Father David Muscat made the comparison in a Facebook post. His comments drew immediate backlash in the European island nation.

The archdiocese of Malta put out a statement announcing they’d issued Muscat a formal warning, and instructed him to stop disparaging the LGBTQ community.

In a televised homily, Archbishop Charles Scicluna apologized in the name of the Church.

“I want to apologize on behalf of the Church to all those who were hurt by these harsh words, and their mothers and fathers who also feel betrayed by the church they love,” the archbishop said.

Muscat, for his part, has not apologized. His comments were removed after numerous complaints were filed with Facebook.

In the past, Muscat has also expressed anti-migrant rhetoric, and praised convicted Nazi sympathizer Normal Lowell. Muscat said Lowell had “sowed a seed that will bear fruit in the future.”

If Muscat was able to maintain his position in the church after that, we can’t imagine his homophobia will cause him much trouble.