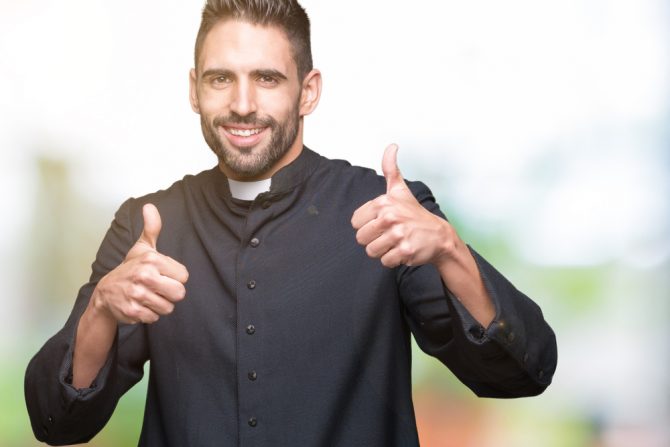 The U.S. Conference of Catholic Bishops’ Secretariat of Child and Youth Protection just released its annual report and is pleased to announce that reports of clergy sexual abuse trended down during the pandemic!

According to the report, which was conducted by StoneBridge Business Partners of Rochester, New York and covers the year from July 1, 2019, through June 30, 2020, there was a slight decline in people alleging they were sexually abused by priests, deacons, and other church officials.

While the number of allegations was still incredibly, incredibly high, the report states that only 22 of the allegations, or 1%, were new cases of abuse and the “vast majority of these reports were historical in nature.”

Of those 22 allegations, six were found to be substantiated, two were declared unsubstantiated, seven are still being investigated, three have been determined “unable to be proven,” and four were classified as “other.” Nine of the allegations included the use of child pornography.

Of course, the whole report should be taken with a huge pillar of salt.

Two eparchies refused to participate in the audit (we wonder why?), and two dioceses and two more eparchies were determined to be in noncompliance with auditors (again, why?). On top of that, the pandemic prevented auditors from making on-site visits, meaning much of the information had to be cobbled together online.

“By the grace of God, the church is working toward being accessible, accountable, and safe,”  Deacon Bernie Nojadera, executive director of the USCCB Secretariat for Child and Youth Protection, said in a letter accompanying the report. “We continue to rely on the Holy Spirit and the intercession of Our Mother to guide our efforts as we promise to protect and pledge to heal.”