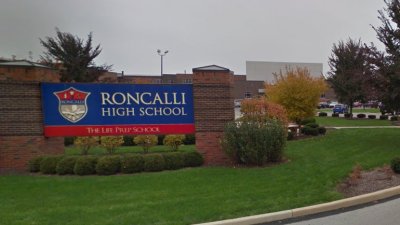 A former high school guidance counselor has filed a wrongful termination lawsuit against the Catholic Archdiocese of Indianapolis, claiming she was terminated solely because of her sexual orientation.

Lynn Starkey has become the second gay former faculty member to accuse the archdiocese of discrimination. Starkey had worked at Roncalli High School for more than four decades. That ended this May when the archdiocese fired her from her job, allegedly because it discovered she is married to another woman.

In her lawsuit, the counselor says school administrators behaved with open hostility toward her and queer students, created a hostile work environment and personally retaliated against her after she filed a complaint with the Equal Employment Opportunity Commission.

Related: Parents are boycotting a Christian camp that fired a gay teen counselor

For its part, the school claims it has a right to hire teachers based on its own religious standards, despite receiving federal taxpayer funds for its schools.

“Catholic schools exist to communicate the Catholic faith to the next generation,” the archdiocese said in a statement. “To accomplish their mission, Catholic schools ask all teachers, administrators, and guidance counselors to uphold the Catholic faith by word and action, both inside and outside the classroom,” except of course if they are abusing the students. Then they just get transferred to another school.

Jesus is turning in his tomb.