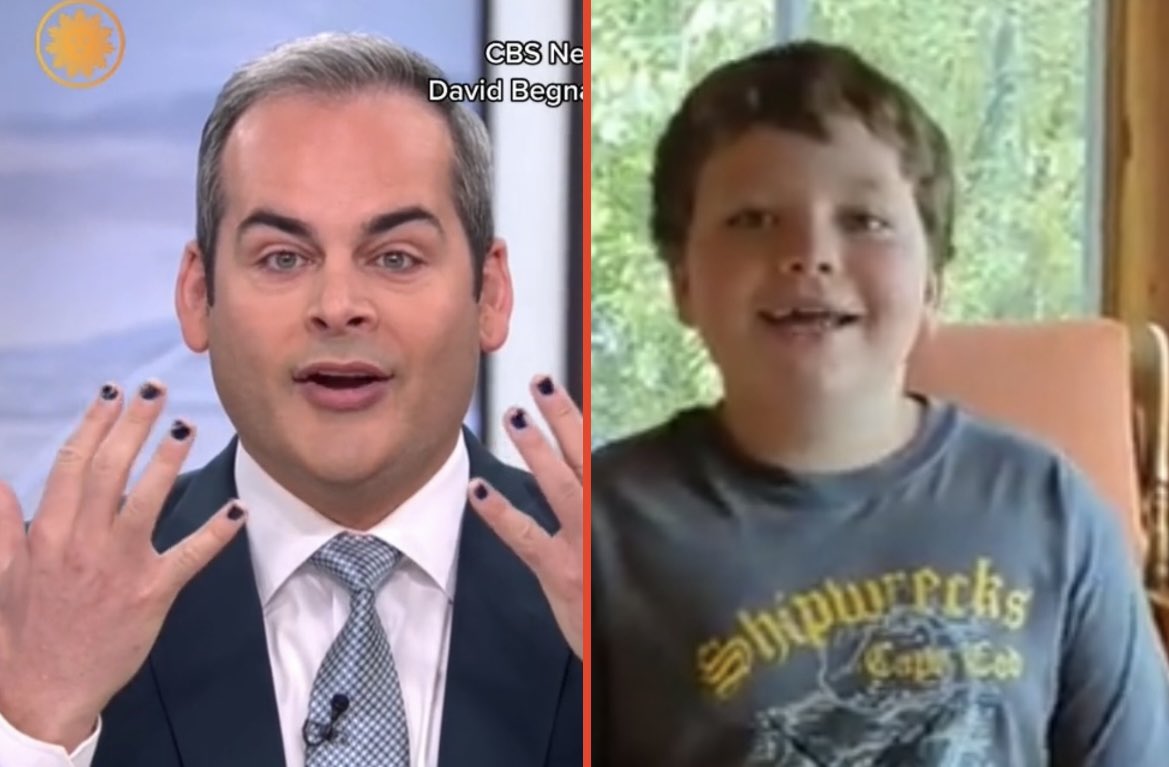 An adorable video of a boy getting a Singer sewing machine for his birthday went viral on TikTok this month. Since then, he’s gained a megafan — and the feeling is so mutual.

When author Aaron Gouveia uploaded a quick video from his son Sam’s ninth birthday, he couldn’t have anticipated the response:

The minute-long video has 2.5 million views and counting.

Related: Video of boy receiving a sewing machine for his ninth birthday goes viral on TikTok

The story got picked up on CBS Morning for their “The Uplift” segment, and the two male commentators voiced their support for the boy’s love of sewing and nail polish.

In response to some bullying young Sam has received for his interests in the past, David Begnaud showed off his own painted nails, while former football player Nate Burleson expressed his love of sewing.

Sam responded to the two in a video, especially calling Begnaud’s nails “fire”:

You and Nate definitely have a fan! pic.twitter.com/r0qIPC2FIZ

Begnaud sent his own enthusiastic video response (with his two young nieces in tow):

“Who you are is exactly what you were put on this Earth to be,” Begnaud says. “Remember that. Don’t let anybody tell you differently.”

Related: School kicks out 5-year-old after she is adopted by same-sex couple

This isn’t the first time the Gouveias have gone viral. An old video of Sam’s painted nails was picked up by far-right outlets years ago, prompting droves of nasty comments.

“This time around, the response has been 100% positive,” Aaron told Queerty. “I think people are craving good news and wholesome content more than ever (especially after 2+ years of COVID) and Sam’s reaction to getting a sewing machine was just one of those.

“The irony is, in a perfect world, this wouldn’t rate as news because no one would bat an eyelash at a boy liking sewing because sewing should not have a freaking gender assigned to it,” he added. “I hope Sam’s video has played a small part in breaking down that stereotype and changing a handful of minds.”

With tons of supporters and a brand new newsroom bestie, it’s clear Sam’s joy has resonated far and wide.