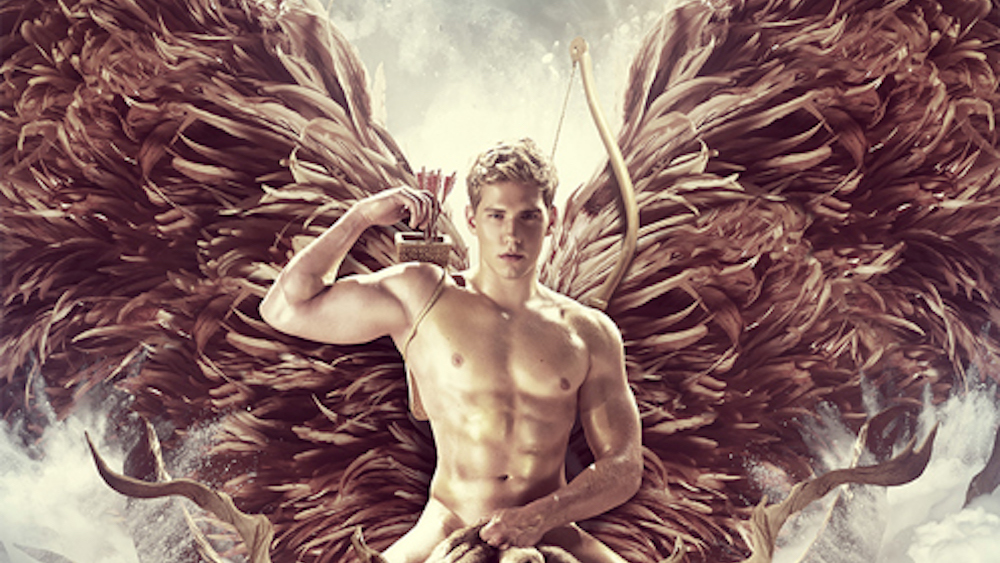 While turkey and gifts are great, each holiday season also brings a preview of the steamy Dieux du Stade calendar, featuring nude athletes serving up some meat and packages of their own.

Dieux du Stade (French for “Gods of the Stadium”) features a soft-core sampling of rugby players from France and other world countries. Each year’s calendar has a different theme. (Last year’s was a candy-colored discotheque theme). This year, the players are posing as Greek Gods.

Photographer Ludovic Baron adds his theatrical touch, posing each jock heroically, draped in strategically placed fabrics designed to lure you in without giving everything away.

Among the legendary Olympians, there’s a definite sexual current: Clement Daguin poses as Eros (the god of Love) and Djibril Camara — one of the few models of color — poses as Priapus, a Greek fertility god who was cursed with a permanent erection. (Though the photo itself doesn’t reveal this curse.)

The photos also include a rugger named Giovan Battista Venditti posing as Zeus, but he actually looks like a sexy Jesus — save us, sexy Jesus!

The calendar is available for roughly $28. It’ll make a great gift, even if for yourself.

And if you like what you see in the preview video below, you should know that calendar buyers also get extra videos showing the making of along with unpublished photos of the men — a perfect stocking stuffer for any fan of sports.