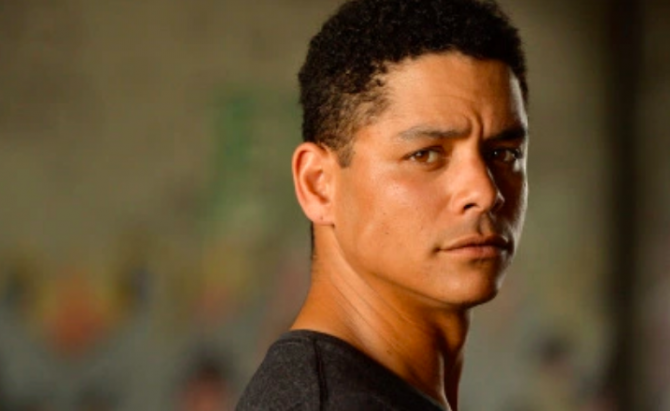 As part of the buzz campaign leading up to its June 7 premiere, the first episode of Netflix‘s Tales of the City revival was screened at the Los Angeles LGBT Center this week. Afterwards, members of the cast sat down for a panel discussion about the hotly-anticipated new show.

Charlie Barnett plays Ben Marshall, Mouse’s love interest, in the series revival. Some of his other TV credits include Orange is the New Black, Russian Doll, Chicago Fire, and Law & Order: SVU. He has also appeared in a handful of LGBTQ-themed indy films, including Gayby and Private Romeo.

When asked about bringing Black gay representation to Tales of the City, the out 31-year-old actor replied, “It’s incredibly amazing, of course. I was at home with my partner going over this question trying to figure out how to … answer it. It’s incredible and I think we all know that, having that opportunity.”

“It was the first time I saw a man who looked like me and he was definitely open about his sexuality.”

Nose ring? Should I stop on by my local @clairesstores.

Barnett, who came out when he was 13, added that being gay has often helped him as an actor.

“It’s built up a certain kind of ability in myself as an artist that I’m forever f*cking grateful for.”

Watch the trailer for the Tales of the City revival below.

Related: Another ‘Tales of the City’ trailer just dropped and we’re even more crazy excited than before