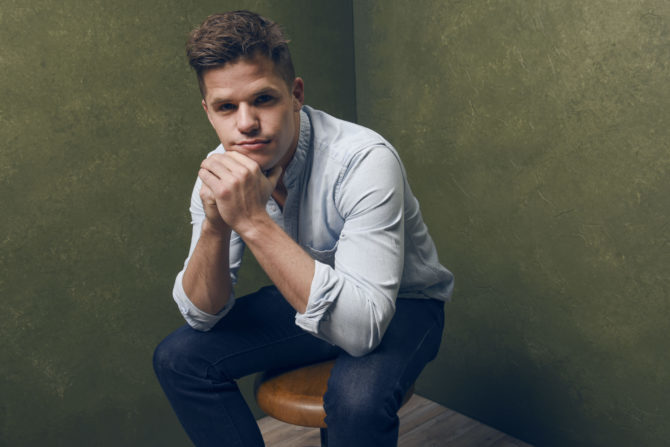 It’s been a little over a year since actor Charlie Carver came out publicly on Instagram. Now, the 28-year-old actor is making another big reveal. This time it’s about his late father, who was also gay.

In a candid new interview with Attitude, Carver opens for the first time about when his father came out to him. Carver was 12 years old at the time.

“I think he taught me, in the way that he lived his life, that your sexuality doesn’t define you,” Carver says. “It’s an important part of who you are, but he had such a rich life.”

Carver’s father was Robert Martensen, a well-known physician, historian and author. He passed away in 2013.

Carver says his father was not without his demons. In fact, seeing him struggle pushed young Carver to accept his own sexuality sooner.

“I was frustrated by what I would call some of his own internalized shame,” he recalls, “that it almost became this challenge to really get to the bottom of that quickly, for me…I wanted to be able to define myself, set my own rules…I didn’t wanna be like him.”

“It kind of propelled me into being louder and brasher and more experimental. And I think that hurt his feelings sometimes, but I think he was also grateful.”

Carver was just named Attitude’s Bachelor of the Year. Since coming out, the Teen Wolf star feels he’s really come into his own and feels more liberated than ever.

“For so long I’ve been linked to something, whether it’s been a brother or an institution, a boarding school, or I was in university or a show,” he says. “This is the first time in my life where I finally feel like a free agent.”

Related: Charlie Carver reflects on his coming out experience one year later