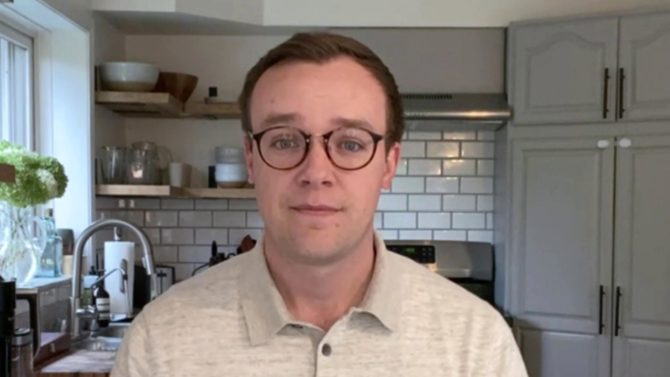 Pete Buttigieg’s husband, Chasten, marked the arrival of the New Year by posting a new photo of the couple with their twins on social media.

The accompanying caption read, “2021 brought with it many challenges, but it also gave us a lot to be grateful for. #HappyNewYear, friends. Here’s to a peaceful and joyful 2022!”

Among the scores of well-wishers in the comments section was one hateful remark, and Chasten did not let it slide.

“Someone gave these ****** kids???” commented a troll by the name of Andre Kravchenko, according to a screenshot Chasten posted to his Instagram Story. “Holy ****.”

“In the year 2022, you’d think these people would be wise enough to post their homophobia from an alt account, not one easily connected to their job,” Chasten wrote.

“Rather embarrassing for @AmericanHomes4Rent, a company that claims to be an equal housing provider and one that’s ‘building a culture of inclusion and belonging.’

“I worry for your tenants.” 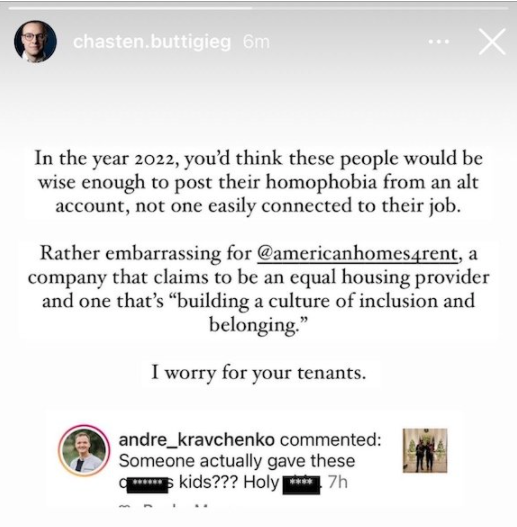 Soon after the post, Chasten’s followers began flooding the comments section of American Homes 4 Rent’s Instagram feed, calling out Kravchenko’s message. Kravchenko’s own account has since been removed.

Another company Kravchenko is associated with, Seattle-based Skyline Properties, distanced itself from Kravchenko in a comment.

“To all who are posting,” they wrote. “Skyline could not possibly know what 1,200 of our independent contractors could be doing at any given moment. There is no way on gods [sic] green earth that you, me air [sic] anyone else could know in advance what someone might think or post. Now that I am aware of the post I will have a conversation with the broker. Thank our [sic] for letting me know. Scott Hotes. Skyline.”

That got another response from Chasten, who posted: “This defensive response tells us exactly how that ‘conversation’ is going to go.” 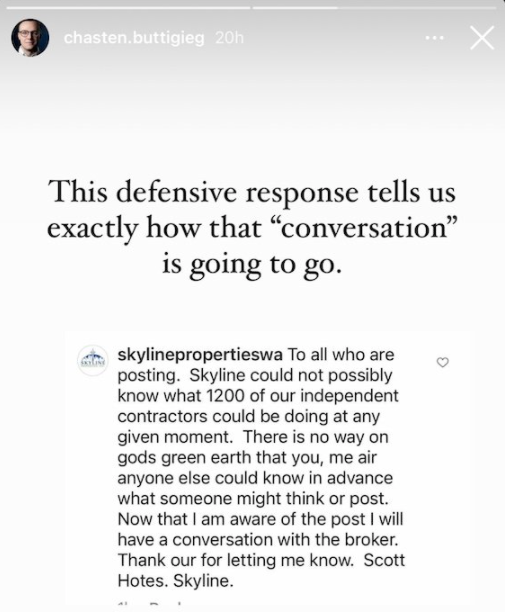 After “properly reviewing” the situation, and perhaps trying to avoid escalating things even further, Skyline announced it had fired Kravchenko and apologized to the Buttigiegs.

Chasten posted the company’s response, which was thankfully spellchecked this time: 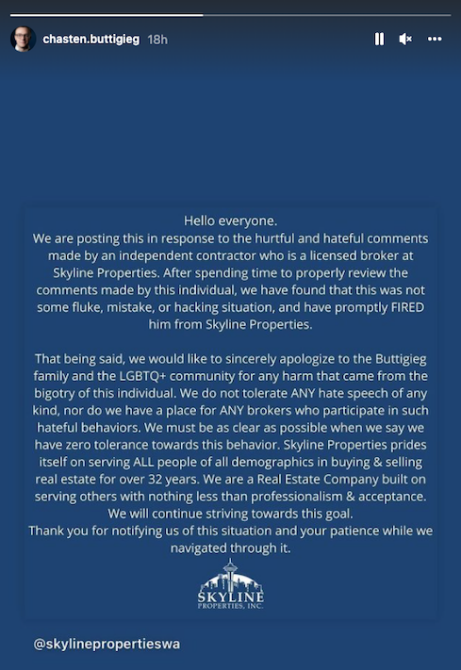 American Homes 4 Rent, for its part, issued a statement claiming Kravchenko has not been employed with the company for over five years.

“We were saddened to learn that a former employee—or someone using their account—recently posted an offensive comment aimed at @ chasten.buttigieg and @pete.buttigieg,” they wrote.

“We want to clarify that, despite this individual’s outdated LinkedIn account information, they have not been employed by our company for 5+ years, and further do not represent our beliefs and policies. We do not approve of nor do we condone discriminatory language or behavior.”