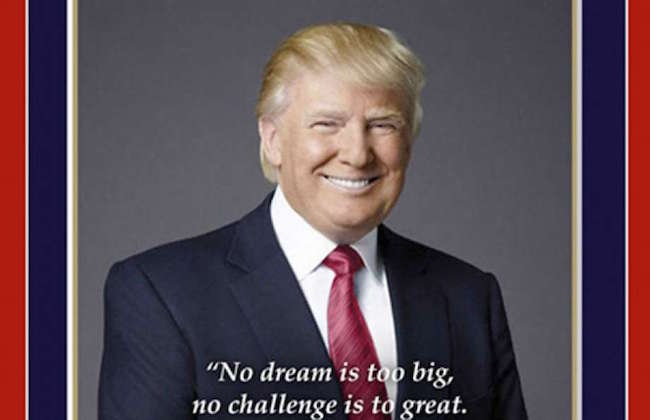 Featuring a dismally smiling Trump and his signature red tie, the copy reads, “No dream is too big, no challenge is to great.”

“Nothing we want for the future is beyond our reach.”

The misspelled quote was taken from his November victory speech.

Before being yanked from the store, the poster was advertised as “the essence of Donald Trump‘s campaign for the presidency of the United States.”

It was designed by John Rupert, who works for Celebrating America.

Oddly, a very similar poster on Rupert’s website is a bit cheaper and doesn’t include the spelling error.

Ultimately, it just feels like par for the course, considering we’re talking about a man who doesn’t necessarily have the greatest grasp on the English language, as so often evidenced in his Tweet tantrums: 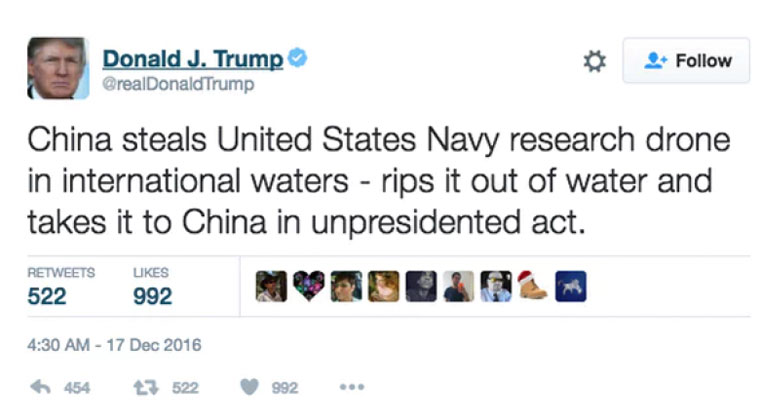