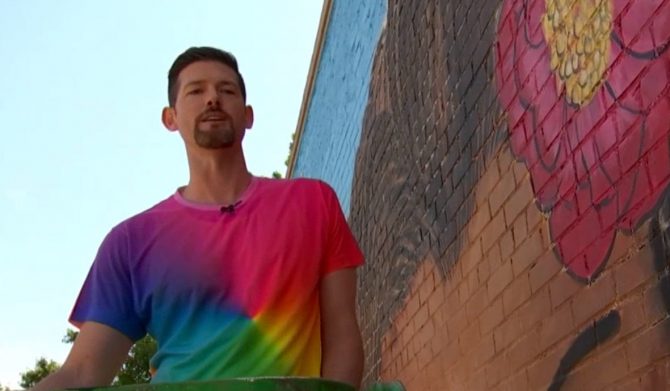 A New York-based artist has unveiled a new mural dedicated to the transgender heroes of the Stonewall Riots.

Artist Brian Kenny designed and painted the mural as a monument celebrating the 50th anniversary of the Stonewall Uprising. The painting, located in Dallas, is said to be the largest transgender-themed mural in the US, and was commissioned by Arttitude, a not-for-profit organization that serves underrepresented communities by raising visibility through art.

“This mural represents the trans women of color who were key figures in that riot and also key figures in the start of the queer liberation movement,” Kenny told NBC. “This mural is to honor them and to give more visibility, love and attention to the transgender community.”

Kenny’s design features images of Marsha P. Johnson and Sylvia Rivera, two transgender icons of the Stonewall uprising.  The riots, which began in June 1969, lasted several days and found scores of queer protesters taking to the streets to fight back against police harassment and brutality. Historians widely credit the uprising for igniting the LGBTQ rights movement in the United States, and subsequently worldwide.

Kenny painted the mural as part of a beautification project for the Ceder Springs area of Dallas. “I wanted this mural to be a positive reinforcement that we’re all a human family, we’re all in this together, and really, it’s all about love,” he says. “Really, I want the mural to be a bridge.”

As part of Queerty’s Pride50 coverage, we’re asking people where they’d like to see the LGBTQ rights movement head in the next 50 years.

We caught up with Kenny and here’s what he said:

“We’ve come so far in the last  50 years that I honestly believe that by Pride100, that the LGBTQAI community will have completely normalized in equality and acceptance within society as a whole.  This has already been predicted by major economists. So my real hope is that we will have made great strides to end Racism, Ageism by then as it seems these struggles will take more time and effort to work out.”

Check out some more photos of the mural, via Kenny: 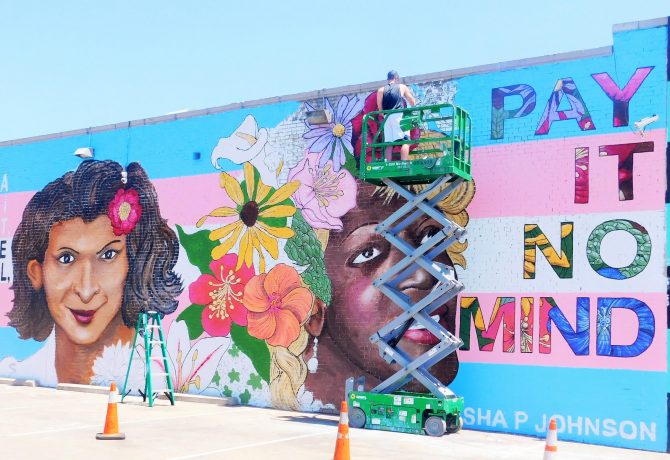 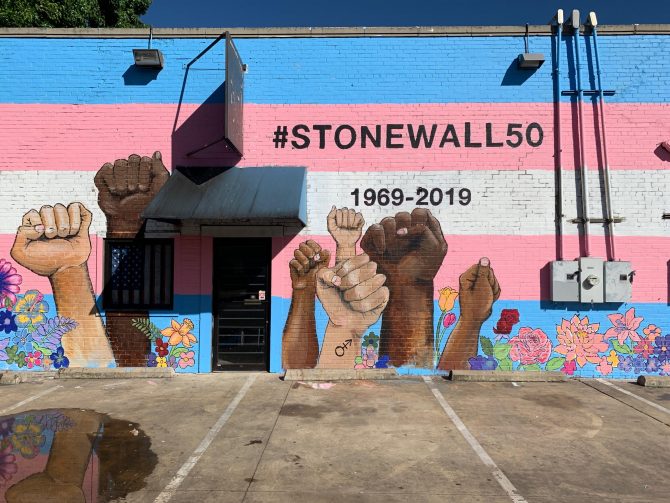 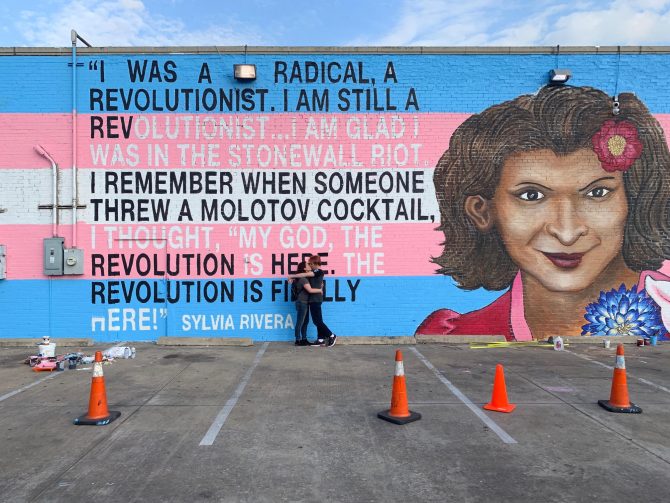 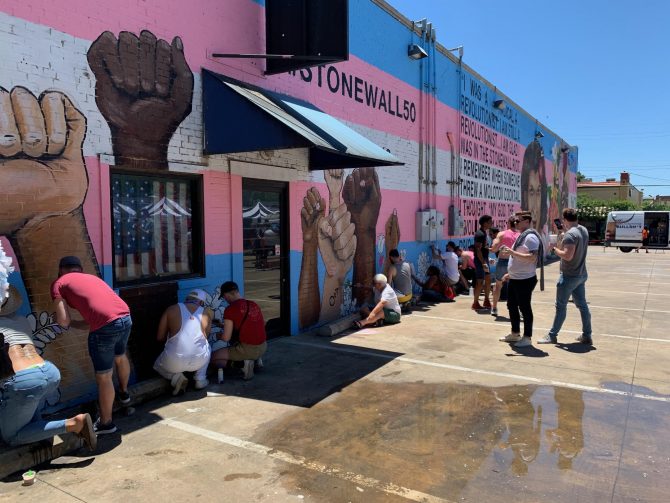