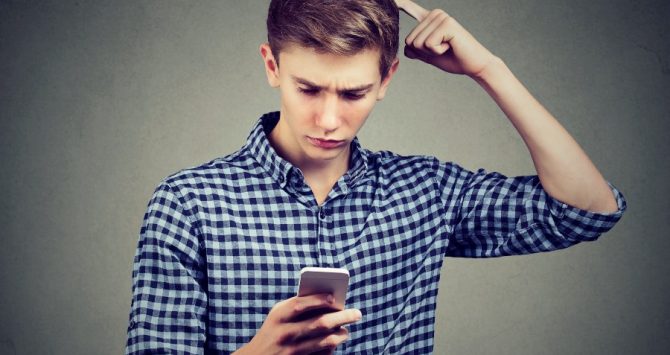 There’s a new dating app on its way but you might not want to join it. In fact, if you’re gay, you’re not even allowed to join.

A bunch of Trump-era White House associates and former staffers have got together to create a dating app aimed specifically at those with right-wing values. The app’s name? The Right Stuff.

The Hill reports that gay, tech entrepreneur Peter Thiel, a former board member of Facebook, is one of the app’s biggest backers. He’s previously invested in other conservative-oriented tech start-ups, such as YouTube alternative, Rumble. Thiel has pumped a reported $1.5million into The Right Stuff.

She says users can only join by invitation. It’s free to use, but “ladies” can earn a premium membership by inviting other women to join.

“Gentlemen, if you want access to premium, that’s on you.”

In other words, men will probably have to pay.

“And by the way,” McEnany continues. “Those are the only two options: Ladies and gentlemen.” She also clarifies that when building your profile, it won’t ask for your preferred pronouns.

This bucks the trend of other dating apps allowing trans and non-binary identities.

Check out the video below.

“The Right Stuff is all about getting into the right dating pool with people who share the same values as you,” McEnany said in the announcement video. “We’re sorry that you’ve had to endure years of bad dates and wasted time with people who don’t see the world our way. The right way.”

“Connect with people who aren’t offended by everything”

Last month, The Hill reported on news of The Right Stuff, ahead of yesterday’s launch announcement. Daniel Huff, who served in the Trump administration in the Department of Housing and Urban Development, was among those involved. He told the outlet, “It’s an important, underserved market. Liberals own the education, media corporations, and we can’t let them control our personal relationships.”

Huff also confirmed the app would be focused on heterosexuals but might open itself up to same-sex relationships in the future.

A ‘Right Stuff’ website has already been launched. It says the app will offer users the chance to “Connect with people who aren’t offended by everything.”

Axios ran a story on the development of The Right Stuff earlier this year, saying a key person behind the is former Trump political aide John McEntee. He confirmed this, saying, “We’re excited to launch The Right Stuff dating app this summer. Conservatives deserve an easy way to connect.”