It began, as such speculation often does, with a mysterious tweet — penned on a whim by the pop icon we like to call Cher:

“Big deal,” you say. “That could mean absolutely anything.”

But one response leads us to believe Cher’s tweet means absolutely everything. 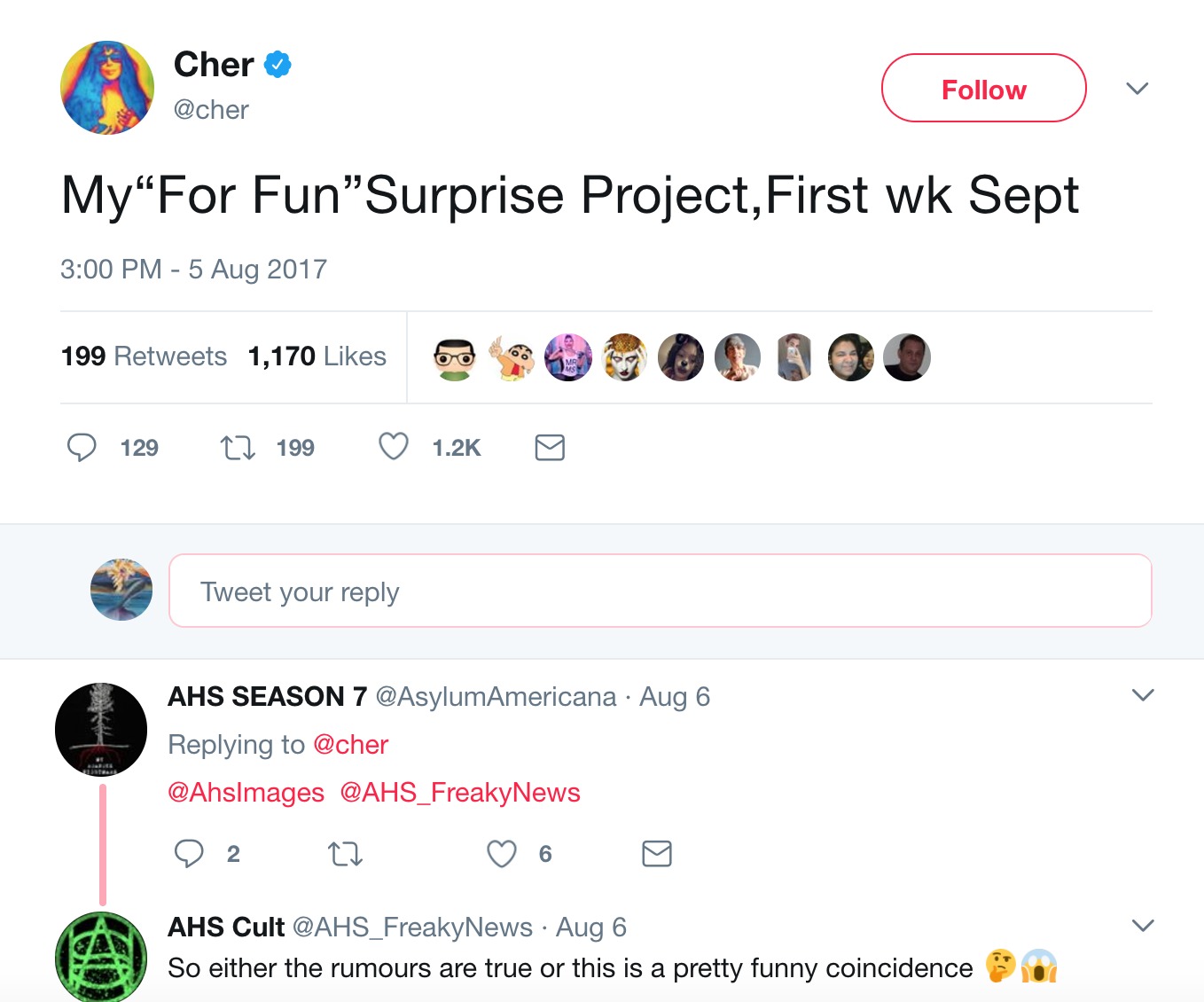 Clue #2 materialized on Cher’s Twitter account more recently, when the diva answered a fan’s question in such a way that only raised more questions:

Related: Stop what you’re doing and check out this psychedelic children’s cartoon with Cher

NewNowNext stoked the rumor mill by suggesting this shadowy “gorge man” in question could refer to Colton Haynes, Billy Eichner, Cheyenne Jackson, or pretty much the entire male cast. (It’s a Ryan Murphy production, after all.)

And then? Another hint: a photograph of Cher flagrantly canoodling — canoodling — with the cast of the upcoming season.

And hearts did flutter:

As Unicorn Booty points out, one enterprising Internet investigator unearthed yet more evidence that Cher will be appearing in the show — alongside her son, Chaz Bono. That strong evidence can be found here.

What do you make of all of this? Do you believe? Sound off in the comments below.