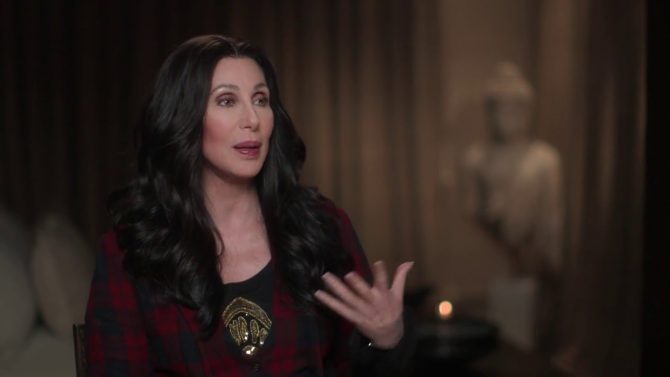 “Do you believe in life after Trump?” Cher asked the crowd, most of whom watched from home via Zoom due to the ongoing coronavirus pandemic.

“Hi, it’s me,” Cher said at the conclusion of the fundraiser. “Your poster girl since I was 9 years old. I walked into our living room and met two of the most adorable gay hairdressers ever.”

The singer also opened up about meeting Joe Biden for the first time. The two have been friends since 2006 when Cher met Biden in his office following a speech.

“He thinks he invited me but really I invited myself,” Cher says of the meeting. “I saw a speech Joe had given and it was love at first speech. So I went to his office to grill him and I asked him really pointed questions and unlike most politicians, Joe actually listened to me and cared what I had to say. He was honest and kind and smart.”

The anecdote led to a passionate endorsement.

“Joe is smart enough, he’s kind enough, he’s strong enough,” Cher declared. “I also know that the person, woman, man, camera, TV, in the White House is an idiot. I mean it. No, the guy is really an idiot.”

Biden himself then appeared at the fundraiser to thank Cher for her contribution.

“She first supported us way back last winter when it took some guts to do so,” Biden noted of the singer’s endorsement. “Fortunately, guts are something Cher has in abundance.”

The Democratic candidate then vowed to sign the Equality Act into law. The proposed law would amend existing civil rights laws and protections to include LGBTQ people.

“When I’m president, that changes. I’ll make signing the Equality Act one of the top priorities of my first 100 days,” Biden said, adding he’d seek to “build a nation where everybody, everybody is finally not only created equal, but treated equally as well.”