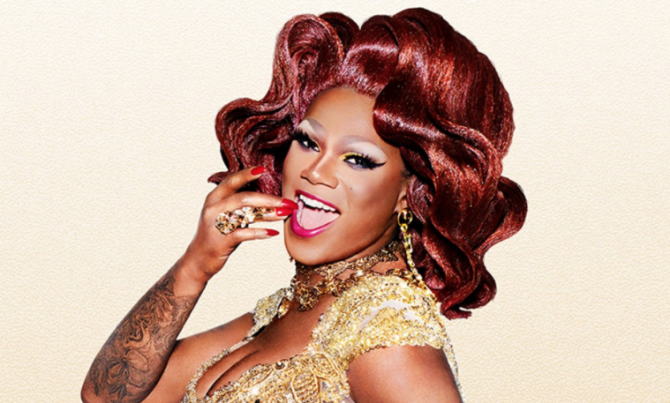 Zavion Davenport, better known as drag superstar Chi Chi DeVayne, has reportedly died. She was only 34.

The RuPaul’s Drag Race season 8 and All Stars season 3 contestant became a favorite among fans and fellow queens alike with her magnetic personality and ability to destroy a performance.

DeVayne had been open about her health struggles, including her diagnosis with with scleroderma, a “rare, potentially life-threatening condition caused by the immune system attacking the tissue under the skin, and around internal organs and blood vessels, which can also cause scarring and thickening of tissue.”

In July, DeVayne was hospitalized due to suspected kidney failure. She told fans she began dialysis treatment before being discharged.

A crowdfunding campaign to support her had grown following her most recent hospitalization last week, reportedly to fight pneumonia.

In an Instagram story posted just days ago, DeVayne told her followers: “Hey guys, I’m back in. Keep me in your prayers, I’ll be back soon.”

Many fellow Drag Race contestants and queens who knew her have taken to social media to share their condolances:

Rest in Power Angel! Seriously one of the nicest people I've ever met. ?
Zavion Davenport Chi Chi DeVayne we will miss you! pic.twitter.com/Hicbi7rBsA

This is so heart-breaking ?? RIP Chi Chi DeVayne ? My heart goes out to all of Chi Chi’s family, friends and fans. https://t.co/g6ZXoF2RAO

We're heartbroken to learn that Chi Chi DeVayne has passed away today. Her drag spread a message of love and kindness that truly touched each person she met.

Chi Chi Devayne was such a light during her season and beyond. She always showed how being humble, honest and your true authentic self will get you far! She was a TRUE STAR and her legacy will live on forever #RIPChiChiDevayne ? pic.twitter.com/Q0VGgyCngr

thank you for sharing your bright and beautiful soul with so many of us and inspiring us all. heaven just gained the brightest star. i’m so heartbroken ?? #chichidevayne

The world has lost a true queen, with a true heart. Rest In Peace #ChiChidevayne

Rest in Power Chi Chi Devayne – thank you for your heart, your joy, and your incredible passion for drag – ? pic.twitter.com/rnAhrQQFHN

RIP Chi Chi DeVayne ? a beacon of light, kindness, and talent, an example for all of us. Taken from us far too soon. Thank you for everything you have done for drag and for the world!

One of the purest, kindest and most loving people I have ever had the chance to cross paths with. Sleep well you beautiful human!#ChiChiDevayne ?

Padma Lakshmi also knew how bright of a star was lost, and shared one of Chi Chi’s most memorable lip syncs:

So deeply sad about the loss of Chi Chi DeVayne. She was an incredible performer, so down to earth and a bright light in the drag community.

She brought such Louisiana warmth & personality to @RuPaulsDragRace & I'm sure inspired countless young people in the LGBTQ community. pic.twitter.com/PmcALwLRFF

We’ll leave you with this look back at some of Chi Chi’s Drag Race moments, which only scratch the surface of everything this entrancing performer had to offer: