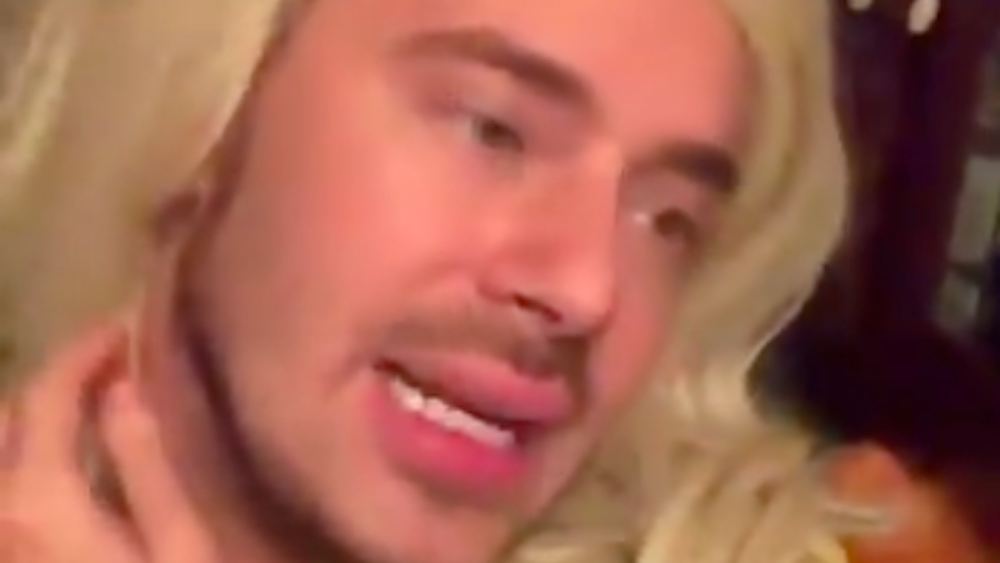 Yesterday, a strange series of now-deleted tweets on the Twitter account of Chris Crocker, the adult video performer whose teary 2007 YouTube rant entitled “Leave Britney Alone!” went viral, claimed that he was going to rehab after being “continually blackmailed” for a “race play” adult videos he made while “high on drugs.”

Here’s what the tweets said:

“Chris Crocker has turned Instagram into many things. From skits and comedy into expressing his love –

“His eating disorder – his coke addiction… His addiction to coke and sexual role play, while high on drugs.

“Chris is currently checking into a rehab.

“Anyone during this time willing to capitalise or build a name off his addiction – a sick individual, who has admitted to submitting to race play while high off cocaine or serious drugs – which the media will use against his advantage, ultimately,

“And has continually blackmailed him – in many consensual sexual situations with Chris’ webcam clients.

“Chris has always stood for equally.

“Even if he enjoyed sexual kinks, such as race play, while high and drunk: He always made sure it was mutual. All of us on his team will block anyone we feel is an opportunist during his stay at Mental Health Facility provided.”

Concerned fans began wondering what the heck was going on, but then Crocker explained all in a follow-up video (below):

Hi I’m not in rehab pic.twitter.com/lsPMAWLO4c

In the video, he explains:

“Hi everyone, I’m not in rehab. The post that was made the other day was my friend at like five in the morning who had come over my house to try to console me, took my phone and was like, ‘Listen, I’m gonna let b*tches know the stress you’ve been dealing with.’ But in that post that I read the next day, when I didn’t have my phone for a little bit because my friend took my phone from me because I was posting crying videos.

Since his 2007 YouTube fame, Crocker has since become an adult video performer and currently runs an Only Fans page featuring sexy videos between him and other performers.

In September 2015, Crocker deleted his YouTube account after receiving numerous toxic with comments telling him to commit suicide. In December 2018, he deleted his Facebook account (which had over 4 million followers) because of its new policies forbidding open discussion of sexuality.