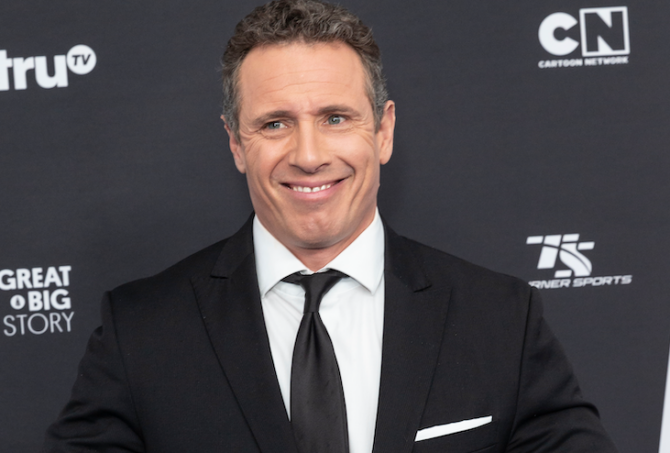 Former CNN anchor Chris Cuomo wants the network to pay up, to the tune of $125 million.

Cuomo is claiming CNN wrongfully terminated him last year, and his legal team is demanding the payment in an arbitration bid that could be just the start of a long, messy legal drama.

Last December, Cuomo was let go amid reports that he was actively advising his brother, then-NY Gov. Andrew Cuomo, when the latter was being accused of sexual harassment by multiple women.

“It should, by now, be obvious to everyone that Chris Cuomo did not lie to CNN about helping his brother,” Chris Cuomo’s attorney Bryan Freedman said in a statement.

“In fact, as the limited information released from WarnerMedia’s investigation makes clear, CNN’s highest-level executives not only knew about Chris’s involvement in helping his brother but also actively assisted the Governor, both through Chris and directly themselves.”

“As a result of Turner’s indefensible choice to unceremoniously fire him, Cuomo has been damaged in countless ways,” the demand for arbitration reads.

Before he resigned last summer, Gov. Cuomo appeared frequently on his brother’s program. Freedman says CNN encouraged those appearances, which were good for ratings.

“As CNN has admitted, network standards were changed in a calculated decision to boost ratings. When those practices were called into question, Chris was made the scapegoat,” Freedman said.

“The legal action filed today makes clear that CNN wrongfully terminated Chris and further violated the express terms of his employment agreement by allowing its employees to disparage him. Chris is owed a full apology from those responsible.”

“Cuomo has had his journalistic integrity unjustifiably smeared, making it difficult if not impossible for Cuomo to find similar work in the future and damaging him in amounts exceeding $125 million, which includes not only the remaining salary owed under the Agreement, but future wages lost as a result of CNN’s efforts to destroy his reputation in violation of the Agreement,” the filing adds.

“Cuomo now seeks to recover the full measure of his damages against Turner and CNN.”

CNN will either enter into arbitration behind closed doors with Cuomo, or reject the bid outright. If they do the latter, the whole thing could end up in open court.