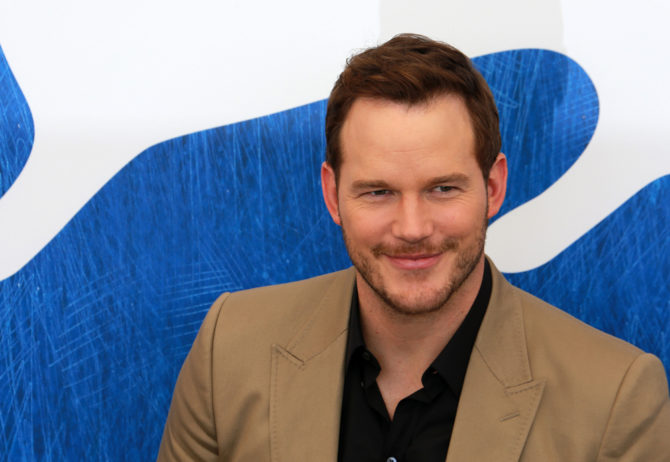 Chris Pratt’s comments about his spirituality on The Late Show are getting a lot of press now that actress Ellen Page has tweeted that his church, Hillsong, is “infamously anti-LGBTQ.”

Queerty has receipts, but it’s also important to note that the Jurassic World star isn’t Hillsong’s only famous devotee. Check out several others below, while we wait to see which of them, if any, disavows the church.

Mr. and Mrs. Biebs have darkened the doors of Hillsong events including a conference in Florida and a service in Washington, according to People. Plus, the singer has a close bond with Hillsong pastor Carl Lentz, seen with him here.

Meanwhile, Bieber’s ex Selena Gomez attended Hillsong both with him and by herself, the magazine reports.

Nick Jonas, who has made overtures of LGBT allyship in the past, has attended services, too.

The reality sisters have also hit up Hillsong services. Check out this photo of the two of them and Baldwin posing with Lentz and his wife.

Steinfeld, a former Oscar nominee and the star of Bumblebee, is a “regular” at Hillsong, Refinery29 reports.

The High School Musical alum, who just played Maureen in the live TV version of Rent, is another famous fan.

“It feels like Arcade Fire — it’s epic like that” Hudgens said of the Hillsong vibe, talking to The New York Times in 2015. “They really focus on you having your own personal relationship with Jesus, which is wonderful.”

Um, we’re not so “Over the Moon” about that.