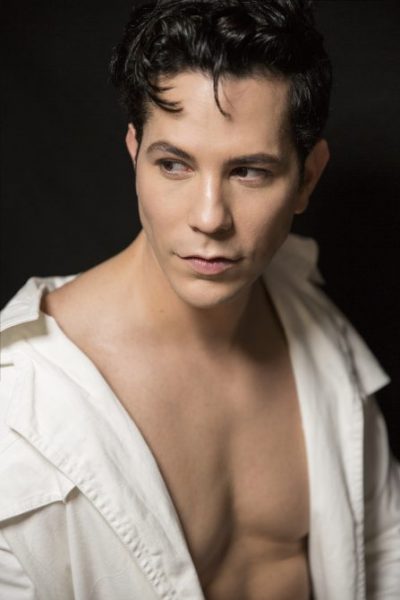 The Latinx internet recently broke with the news of Mexican pop group RBD’s reunion concert on Dec. 26. The group became a global phenomenon in 2004 after appearing the teen telenovela Rebelde.

In 2007, the band’s singer Christian Chávez came out as a gay, breaking new ground as a Latinx artist.

“I was the first Latin American star to talk about my sexuality even before Ricky [Martin] came out with his book,” Chávez tells Queerty in an exclusive interview. “At that moment, I was not thinking about my career. I was not thinking if this is going to make it better or worse. I was in love and for me, it was about that.”

Every culture is ingrained with a form of toxic masculinity, and in Latinx culture it’s sometimes defined as machismo. The wide acceptance of Chávez was seen as a dagger in the heart of the old machismo mindset, which was widely considered sexist and homophobic.

Not everyone accepted of Chávez, but his five RBD bandmates had his back. “I remember on a radio show in New York when this guy was saying a homophobic joke after I had come out,” he says. “The whole band stood up and we left the radio station. That was very special for me because we were like a family. Don’t mess with one of us or you’ll get all of us.”

Chávez’s years following the band’s split were marked with personal struggles, depression, and a suicide attempt in 2013. Fortunately, his bandmate Anahí came to his rescue. “She saved my life,” he says.

This year Chávez returned to the spotlight with a supporting role on the hit Netflix show The House of Flowers.

With RBD pandemonium once again gripping the Latinx community, Chávez is also making a return to music with his new single Celos (Jealous).

What do you think about the fan reaction to RBD’s music now streaming?

It’s been a surprise for everyone. I didn’t believe it was going to be so huge after almost 15 years. It’s amazing how people are still connecting with the music. Without us doing any promotion, I think it’s amazing how we’re breaking all these records after so many years. And to have the privilege to be on the level of bands like BTS who are a worldwide phenomenon. It’s incredible.

Related: Mexican DJ Raymix plus 10 more out Latin music stars who will rule the future

Tu Amor because it was written by Diane Warren. I’ve admired her for so many years for the hits she’s written for other artists. And also because that’s a song I used to sing.

I think it’s worth it [to come out] because as a human, we always long for freedom. If you don’t have that, and you have to pretend to be somebody you are not, it hurts you inside. Being free was the best payment I got from [coming out].

How did your life change after being in RBD?

Obviously, I need to thank RBD for international fame. I have to be honest with you, there’s a part that’s like a B-side that sometimes it was a little bit more difficult. People had the idea of you in Rebelde but they couldn’t see you outside of that, so as an actor and as an artist, it was difficult to prove them wrong. To prove that I could do other things. Something good always comes with something that is not that good.

In 2011 you released the super gay song Libertad with Anahí. How did that collaboration happen?

It was a really big gay moment. My record label that that time was like, “I think this song is too gay to function on the radio so we’re not going to do this one.” I was like, “Why not?” They said, “I think it’s too much for right now.” So I asked to leave that label. It was like the rebellious side of me saying, “You don’t want this song to go out? Well, it’s coming out and it’s coming out strong.” I called Anahí and said, “I have this song, but I need a strong woman to be right beside me.” And she said yes. 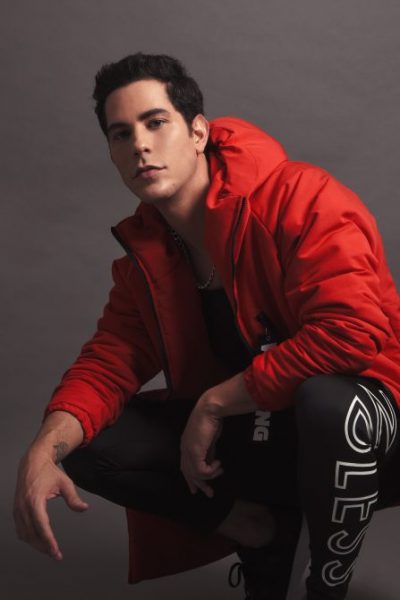 Can you talk to me about that time you said Anahí saved your life?

I went through a really personal struggle. I was really sad at that moment in my life and I thought about taking my life. Anahí saw my Twitter and she came running to my house. She saved my life. A few days ago it was World Suicide Prevention Day. When you’re feeling down and feeling like you cannot do it anymore, you also have to think that part of you is not your real self. It’s a sad depression that’s making you think those ideas. You are not that dark side. I think it’s really important to talk about mental health and normalize it. People think that if you go to therapy or go to a psychiatrist, it’s because you’re crazy or you’re not strong enough. I’ve always talked about mental health because if you don’t have that, you don’t have anything. It’s a responsibility that we have to take on as a society. I think everybody needs to talk to a therapist, especially right now with this pandemic.

You’re an inspiration to the RBD fans in the LGBTQ+ community. I was wondering if you have a message for the LGBTQ+ fans.

I love you guys. I’m also part of the community. I’m really proud of it. I’m really proud to be Latino, gay, and Rebelde. RBD’s message includes no discrimination. It’s about dreaming. It’s about respect and we want to keep on sending that message to different generations for years to come. Let’s stay strong. We conquered so many things, but we still have so many others to conquer, so let’s keep working together as a community because we really need it.

What do you think about all the Latin music artists coming out now like Raymix and Pablo Alborán?

When I was 16-years-old and I was asking God to change me because I thought that [being gay] was something he didn’t want me to be, I didn’t have a reference on TV or in show business that I could look up to. I think it’s amazing that this new generation is having so many people coming out and saying, “It’s ok to be gay. There’s nothing wrong with it.” That gives us representation. That’s something that the community needs.

What was the experience of appearing in The House of Flowers this year?

It was amazing. I’m going to tell you at the beginning I was really scared because I didn’t know how people would receive this character. I’ve never done drag in my life before this project. When I started to prepare this character, I talked to Valentina. She was like my queen for this role. She said, “I was always bullied when I was a little kid, so when I get into this Mexican diva character and I’m all dolled-up and beautiful then I feel empowered.” Then I got it. It’s about freedom. It’s about being yourself. It’s about expression. That’s the most beautiful thing about it. That it was not only what I learned as an actor, but what I learned as a human being and gay man from this experience.

What was the inspiration for Celos?

Jealousy. It’s something that’s very human, but very Latino. [Laughs] If you’re going to date a Latino, you’re going to have to go through the “Celos” part. It’s a sassy song that’s also sexy in a way. It’s a flirty song using jealousy. After RBD, I did more power ballads, so now this is a really fun, chilled-out song.