Christian Tucci is an LA-based writer & artist equipped with drawing skills that he completes with witty double entendres and puns.

He not only writes and illustrates. The former cake-decorator also has quite the penchant for photographing cakes… in cases.

His Instagram and Twitter are filled to the brim with his sketches and his now-signature “I drew this” captions.

Get to know the sexy up-and-comer in a Q & A with Queerty contributor Michael Page Wright.

We’re gonna talk a lot about your drawings but first: What do you want people to know about you?

I guess that I have writing samples and I want to work!

We always love a self-plug–how’d the drawings come about?

I was sad in quarantine and felt real purposelessness with my writing. So I just committed myself to posting one drawing a day, even if it was stupid or ugly. I started liking them and so did others, so then it stuck.

I’ve drawn all my life, I have a BFA from an art school. I guess it’s just something I’ve always done, like in the margins of notebooks or whatever. They were a low-commitment way to stay creative. 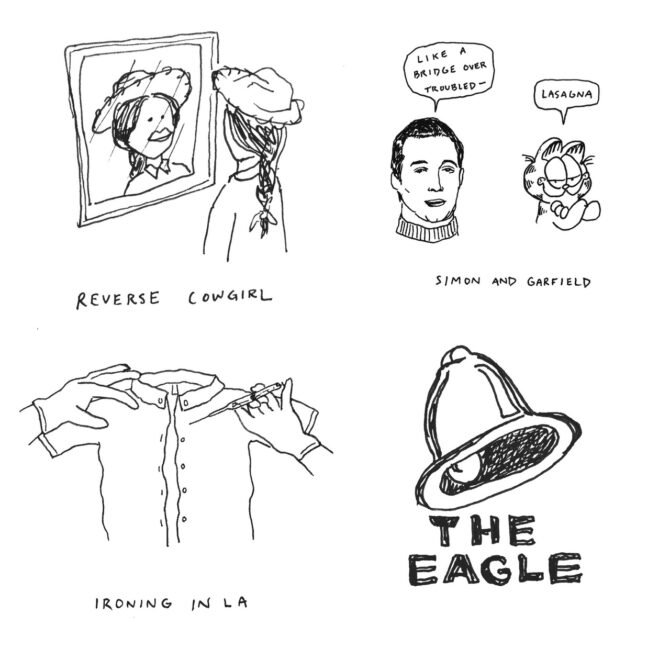 How do you decide what becomes a drawing?

God… I don’t know. Usually, it’s just a silly thought that runs through my head. I either draw it immediately or save it in my notes app for later. Sometimes I have to force a pun, especially if someone asks for a drawing of a certain person or topic. It just usually comes down to, “Am I amused by this?”

As a fellow art school brat, I know this question can drum up a lot: Which piece of work is your personal favorite?

I have so many. Maybe… OH, there’s one of like, an emergency kit that says In Case Of Glass, Break Glass (Sorry).

For a little existential-ness, which one would you say defines you the most?

See You Later, Christian Slater. In A While, Missi Pyle. 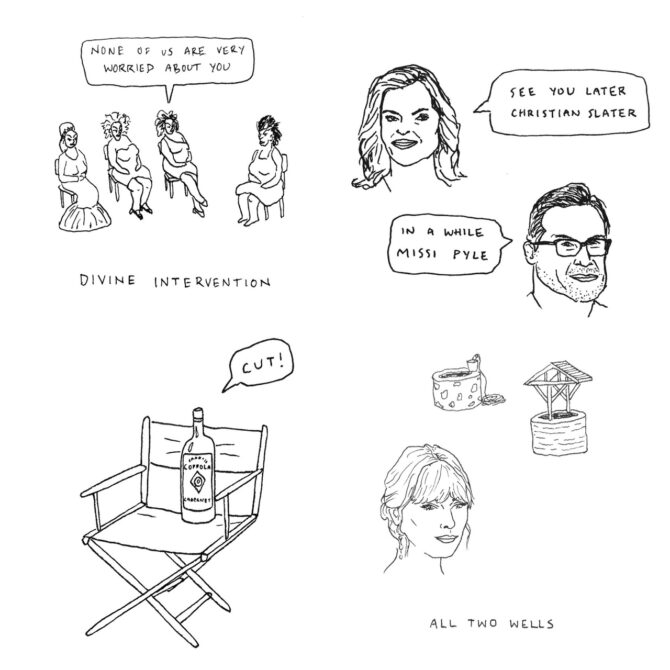 Which one is your least favorite?

I used to do, like, interpretations of song lyrics, which I wouldn’t do anymore. The ones that are straightforward depictions of a character or movie scene. Or like… direct quotes from Real Housewives. I’m finding my voice beyond these crutches, let’s put it that way.

Listen, Housewives-anything is great! Speaking of drama, have any of your drawings got you in trouble?

That’s a funny question. I don’t think so. I try not to be too controversial. Once, someone commented saying like, “Ummm I already did this” and it was like a sketch basically making the same pun. But that’s as close as I got to trouble, I think… 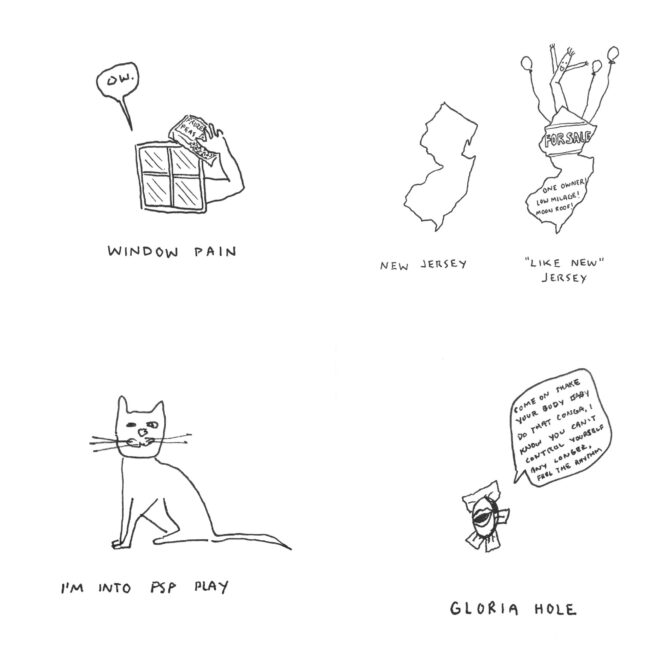 HAH! Have any of the famous people you’ve drawn seen it? Commented? Reached out?

Oh yeah, MANY! Julianne Moore commented on a post that featured her picture. America Ferrera reposted a drawing I did using her name. Jane Lynch actually now owns the drawing I did of her, and she reached out to thank me for that. That one was amazing.

That’s amazing. How have your drawings evolved? What’s next?

I’m not totally certain, actually. I would like to put together a little book about them. New ones probably. Otherwise, I’d be interested in illustrating for say a children’s book or an essay. I’d like to get into more professional collaborations, if and when I get the time. 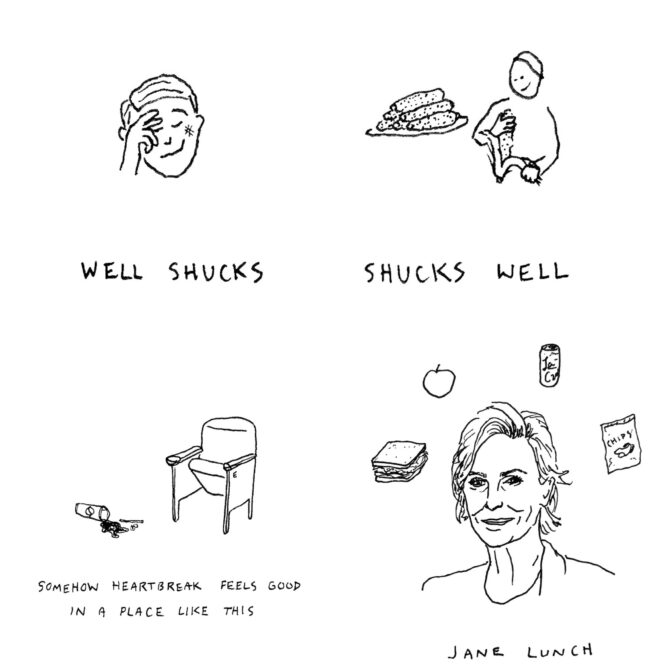 A post shared by Cakes in Display Cases (@cakes_in_display_cases)