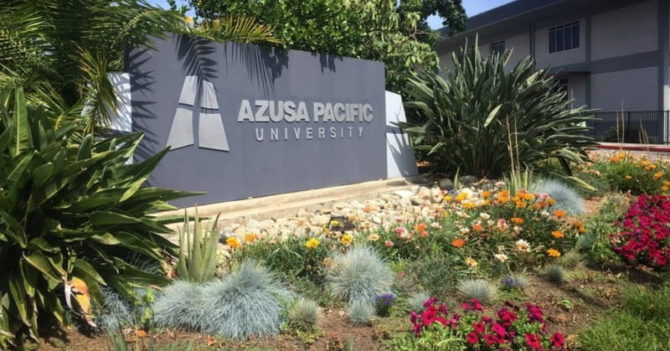 A Christian university in California has taken steps toward inclusion by removing a ban on LGBTQ relationships from its student code of conduct.

Azuza Pacific University, located in Azuza, CA about 26 miles north of Los Angeles, bowed to pressure from a queer student support group called Haven. Students participating in the group had to meet off-campus to avoid disciplinary action by the administration. The new policy will allow Haven to hold meetings on campus.

“We created this in support of the LGBTQ+ students at APU,” said associate dean of students Bill Fiala. “One prong of that is the weekly meetings with Haven. Another aspect of that is educational outreach, and holding events. We are co-creating a program with students.”

Fiala went on to tell the campus newspaper Zu Media that the new policy regarding LGBTQ students still aligns with the school’s evangelical-Christian values, it still prohibits gay sex. “The change that happened with the code of conduct is still in alignment with our identity as a Christian institution,” he explained. “The language changed, but the spirit didn’t. Our spirit is still a conservative, evangelical perspective on human sexuality.”

In fairness, the school still bans any kind of sexual behavior among unmarried students, gay or straight, as it does not align with the Christian values the university purports to espouse. Azuza Pacific also continues to denounce marriage equality. The move also comes following allegations of anti-LGBTQ discrimination. In 2013, the school discharged a professor after coming out as transgender.

The move may not seem like much, though at the same time, school officials will probably have as much success in banning gay sex as they do straight sex. Just accepting same-sex relationships as healthy and loving goes a long way toward bringing much needed-tolerance to evangelical Christianity.