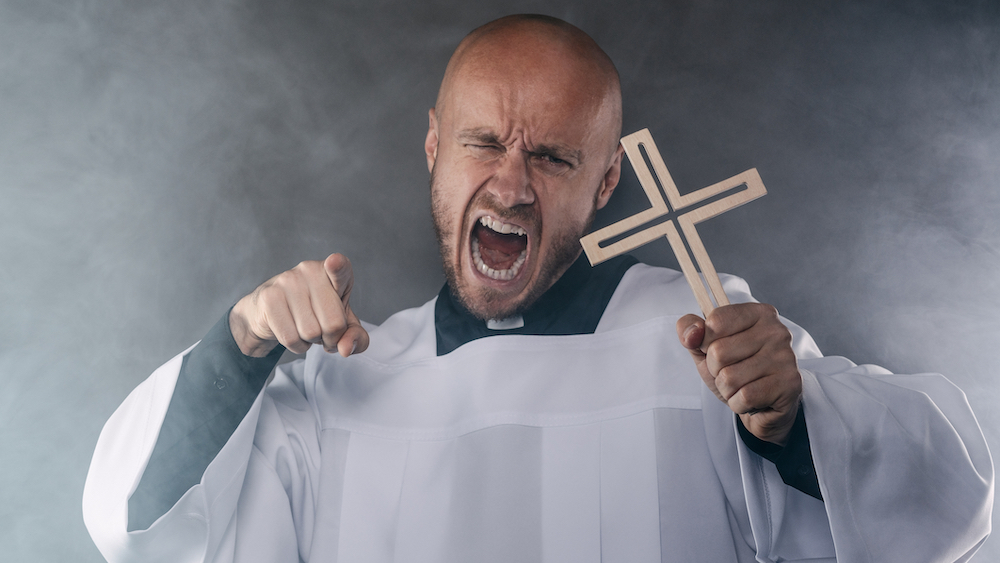 For three years, Mary Catherine Trollinger attended Gracewood Baptist Church in Southaven, Mississippi. She served as its college director for a while and even met Olivia Jennings, the woman who would become her wife, a year ago at the church.

When Gracewood’s pastor Barry Baker found out about their relationship a few months ago, he told the couple to leave the church and not come back. Now, months later, Pastor Baker has sent a nasty letter to Trollinger continuing to slam her “unbiblical” lesbian relationship, and Trollinger isn’t having it.

Related: Antigay church sued for $1 million after failing to warn members the youth pastor was a pedophile

“It’s been about a year now since you left your church family to live an ‘unbiblical lifestyle’ with Olivia Jennings. At the outset, I kindly, but firmly reminded both of you that a homosexual relationship is forbidden in Scripture and against God’s official design. For a professing Christian to live openly and unremorsefully in sin is degrading to name of Christ, defiling to his/her church family and destructive to himself/herself. I told you that the church could not allow you to live in unrepentant disobedience without addressing it. We love you too much to neglect you.

I had hoped that you would repent. However, after numerous attempts by family, church members, and friends to convince you of your error, you have remained resistant. In face you entered into a “marriage” contract with Olivia on Father’d Day, no less. Therefore, on July 14, 2019, the deacon body unanimously recommended that your membership at Gracewood Baptist Church be terminated. With much sadness, he church held a special business meeting on August 7, 2019 and voted without objection to end your membership.

Upon your request and evidence of repentance and reformation, however, you may be restored to full leadership at Gracewood by the vote of the body. As the Father rejoices over one “lost sheep” being found, we will celebrate your “homecoming.” We will pray and wait expectantly.

While it’s hardly surprising that a Southern Baptist church would kick out any its queer congregants, Jennings said, “It’s one thing if you send out a letter that’s generic, just a template, but it’s another thing to personalize the letter. In that sense, all the things that were said it wasn’t out of love, it was more out of spite.”

The letter also poured fresh salt into an old wound, especially since Trollinger’s own family kicked her out of their home on the same day that the church initially asked her not to come back.

Being kicked out by her church and family initially sent Trollinger into a months-long depression, but she’s apparently feeling better now and not dismayed by her church formally voting to oust her.

In fact, in a devil-may-care Facebook post, she shared an image of Pastor Baker’s letter and simply wrote, “Hmmmmm, ok whatever. Going to a better church now. Love my wife and Christ! ‘Nough said…”