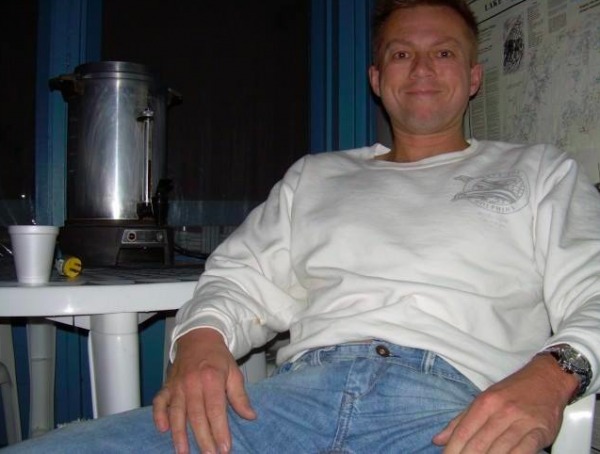 Meet Eric Jon Schmidt (a.k.a. Need2BNude from DudesNude.com.) He’s currently one of four challengers in the race for West Hollywood City Council… and he’s using his DudesNude profile as part of his campaign strategy, WEHOville reports.

51-year-old Schmidt says he wants to run a totally transparent campaign, so he’s encouraging everyone to check out his NSFW DudesNude profile, which includes photos and videos of him having sex, to learn more about him.

Related: A peek back at the filthiest, wackiest, wildest political sex scandals of 2017

The profile includes a total 23 of x-rated photos, some solo and some featuring Schmidt with other men, along with six videos of him engaged in sexual relations.

In one photo, Schmidt can be seen performing oral sex on a man while holding a daytime Emmy award.

Schmidt describes himself as “an average, down-to-earth, guy-next-door type.”

“Let’s have coffee, play scrabble, gin rummy, go for a hike, have sex…whatever you like,” he writes. “I am the single-most approachable guy on earth.”

“Kind, compassionate, polite, good manners, good mid-western values, I am not a typical Angelino, I have not become one of them. And definitely not a West Hollywoodian.”

He goes on to describe himself as “a t-shirt and jeans kind of guy” who comes “from a good home.”

In an email to WEHOville, Schmidt says “I am 100% transparent. I have nothing but good intentions and I am not running against anyone, just their seats. I have nothing negative to say about the others and never will.”

When asked if he was worried that sharing his x-rated pics and videos public might hurt his campaign, Schmidt replies: “I do not think it will hurt my campaign anymore than it would a candidate’s stamp collecting hobby. My hobbies do not affect any other part of my life.”

He continues: “Being a performance exhibitionist is one of my hobbies. I also danced nude in Canada to help pay for college, but I loved it.”

“I do think it will help my campaign for people who believe the human body as art. Plus it shows that I believe in transparency and I’m not afraid to express myself.”