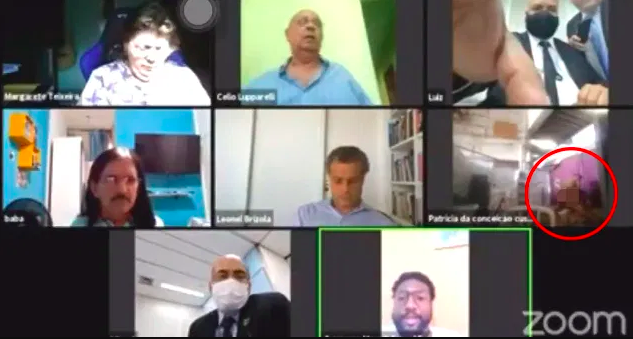 Earlier this year, a judge in Brazil made international headlines when he showed up to video conference call on Zoom without a shirt and didn’t realize everyone else could see him.

Now, a city council employee in Brazil has one upped him by getting completely naked and having sex during a video conference call on Zoom while seemingly unaware that everyone was watching.

The incident happened earlier this week during a call between several councilmembers from Rio de Janeiro who were discussing how to deliver food to students during the pandemic.

A man, who is reported to be a member of one of the councillor’s staff, hopped off the call halfway through but forgot to shut off his camera. Moments later, he could be seen having sex on a bed in full view of everyone else still on the call.

Amazingly, rather than, say, restarting the call, the councilmembers chose to carry on their four-hour meeting as if nothing out of the ordinary was going on.

“As soon as we noticed what was happening, we immediately asked the people controlling the audio and video of the participants to take it off the feed,” the meeting’s chairman, Leonel Brizola, told Metro. “Us councillors and other participants do not have any input in controlling or editing videos on Zoom.”

It is unclear whether the staff member was punished for what has been called an “involuntary indiscretion.”