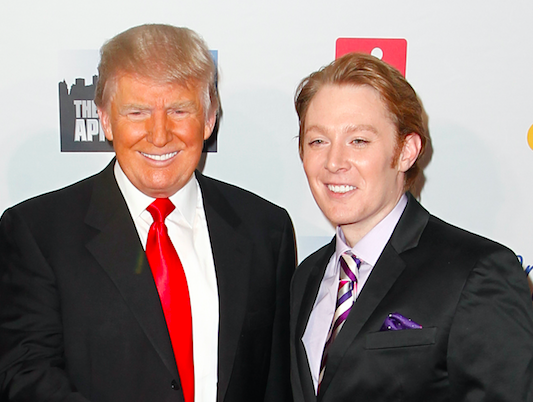 Now, Clay Aiken has issued an apology for ever defending Trump in the past, calling #45 “actually racist” and calling himself “a f-ing dumbass” for supporting him, along with the hashtag #ImSorry.

Remember all those times I defended @realDonaldTrump and believed he was not actually racist? Well… I am a f*****g dumbass. #imsorry

He followed that up with another tweet ten minutes later that read:

TBC… I've always thought he would be a dumpster fire as a president, and I was right about that. I just didn't think he was racist. #wrong https://t.co/6ec0Qm0WxW

Aiken was finalist on Season 5 of The Celebrity Apprentice. He had previously considered Trump somewhat of a mentor, often calling him for advice during his 2014 campaign in the North Carolina congressional election, though he maintains that he did not vote for him in the 2016 presidential election:

? My party is the Democrats. I didn't vote for the idiot. Never ever implied that I did or would. Was VERY vocal about not voting for him. https://t.co/JjRg1e4weX