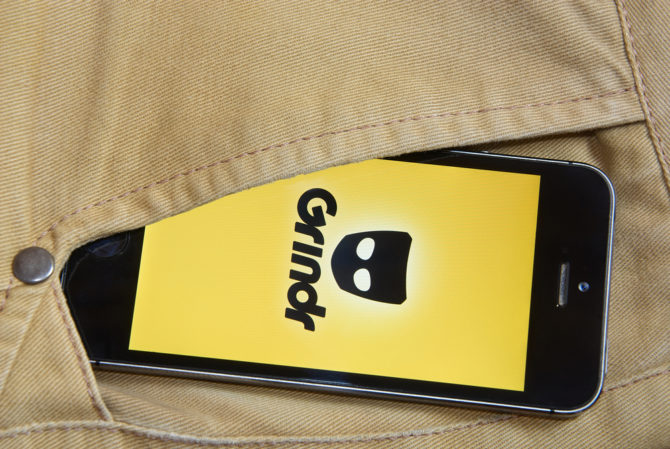 Another day, another closeted gay businessman blackmailed on Grindr.

Bernard Woahene, a 21-year-old student from Exeter, has been charged with blackmailing a 69-year-old church-going businessman he met on the dating app.

According to court reports, Woahene befriended the victim last September. Once he had him ensnared, he started making demands. He asked for £2,000 or he would out the man to his friends, family, and church community.

The man paid him. Then Woahene asked for more money and threatened to burn down his house, kill his dog, damage his car, and accuse him of rape if he didn’t meet his demands.

Again, the victim paid him. In total, he forked over £3,500 during the course of several weeks.

The harassment continued for three months, until finally the victim texted Woahene to say, “You’re bleeding me dry” then said he was going to the police.

Woahene responded by showing up at the victim’s church during a service and embarrassing him in front of his fellow parishioner by demanding he not contact the authorities.

But the crazy doesn’t stop there.

Woahene said if the victim did go to the police, he would tell them he had raped him.

“There was a suggestion the defendant was going to allege he had been raped,” prosecutor Bathsheba Cassel said in court. “Woahene sent a message saying ‘I will be very dangerous from now on. You are a rapist. I will deliver thousands of racistleaflets to your door. The whole of Exeter will know who you are.'”

In a statement to the court, the victim said the harassment resulted in him feeling extremely fearful for his life and property. He said said he suffered panic attacks as a result and that he no longer feels safe in his own home.

Woahene’s attorney, Tom Bradnock, told the court his client never intended to actually carry out the threats and, even if he had tried, was probably too dumb to succeed.

“In the end, none of the threats were carried out and he never intended to execute them,” Bradnock said. “He is a rather immature young man who did not realize how seriously this would be treated.”

He continued, “He was naive, amateurish, and the witness intimidation was most blatant, being carried out in the presence of witnesses at a church. His behavior was emotional, unsophisticated and entirely out of character.”

A judge sentenced Woahene to two years and eight months in prison.