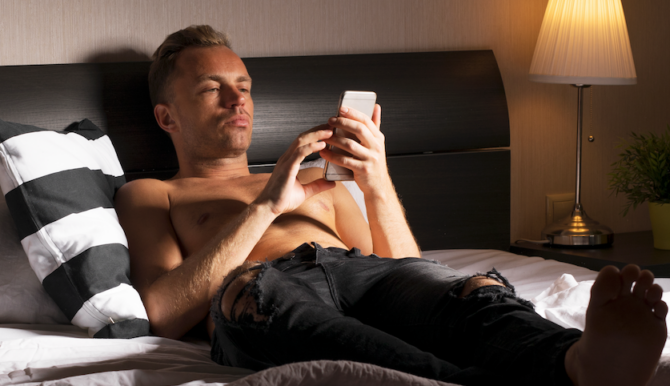 Grindr has changed the privacy settings for people using the app in the Olympic Village in Beijing. Users in the Village can still find one another, but their profiles are not visible to people outside the Village.

Bloomberg reports that the change “is designed to protect the world’s top athletes from persecution or harassment.”

“We want Grindr to be a space where all queer athletes, regardless of where they’re from, feel confident connecting with one another while they’re in the Olympic Village,” said Grindr for Equality head Jack Harrison-Quintan.

The shift keeps nosy outsiders from using the app’s “Explore” feature to see who’s online in the Village. That created big problems at the 2016 Summer Games in Rio, when a straight journalist created a fake profile on the dating app to see just how many male athletes were cruising for sex between events.

Related: Out, skater Eric Radford strips down to show off Olympic tattoo

The resulting article, titled “The Other Olympic Sport In Rio: Swiping,” appeared on The Daily Beast. While the author didn’t call out any of the men by name, he did share quite a bit of identifying information about them, including what sports they played and what countries they were from.

Naturally, a lot of people weren’t pleased with the stunt, calling it homophobic, irresponsible, disrespectful, and dishonest.

The Daily Beast has since removed the article and posted an apology.

Grindr clearly wanted to avoid a repeat during the 2022 Games.

“During the 2022 Olympics, Grindr users in and near the Olympic bubble will receive an on-screen alert that says: ‘Your privacy is important to us. Our Explore feature has been disabled in the Olympic Village so that people outside your immediate area can’t browse here,'” Bloomberg reports. 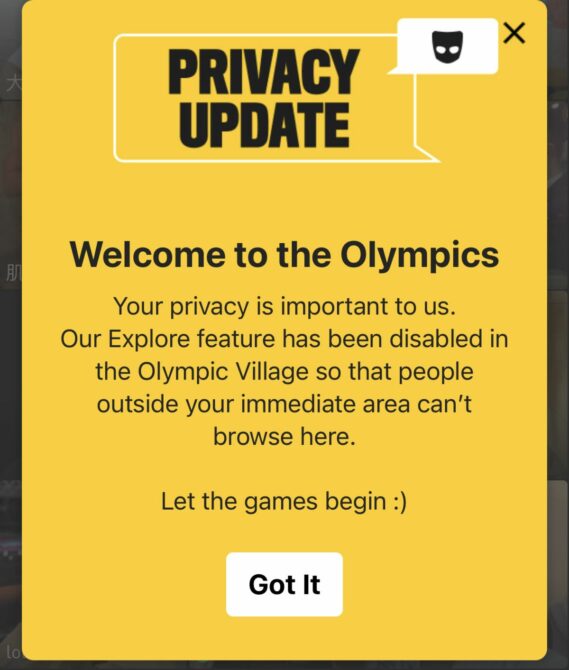 It adds that while this is “the first time the company has done this for an Olympic games, Grindr has disabled the ‘Explore’ function for certain countries and regions where being gay is illegal or considered risky.”

In the weeks leading up to the start of the Games, Grindr disappeared from app stores in China. Blued, the country’s biggest dating app for gay men, is still available.