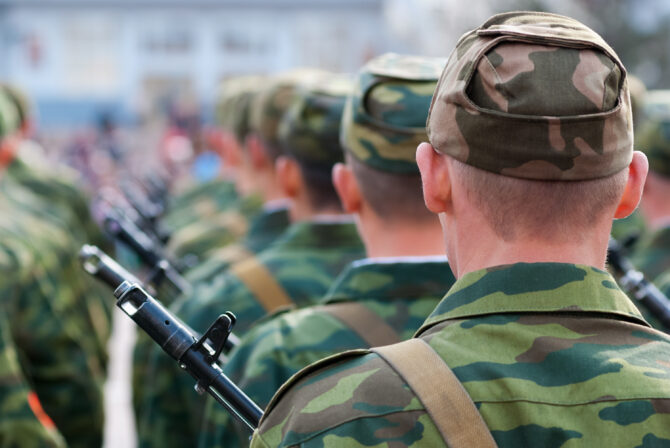 In the lead-up to Vladimir Putin’s invasion of Ukraine, intelligence agencies used every tool at their disposal to gather vital, up-to-date information. For the British intelligence services, that tool kit apparently included catfishing Russian soldiers on social networking sites, including Grindr.

A source told The Daily Mail that British spies became convinced of Putin’s imminent invasion after gaining access to messages on the site VKontakte (VK), the Russian version of Facebook.

And as Russian forces gathered at the Ukraine border, spies used Grindr to chat up Russian soldiers for intel. While Russia does not explicitly ban gay people from serving in the military, the subject is considered taboo. In 2003, Major-General of the Medical Service Valery Kuliko said gay soldiers should not reveal their sexuality because “other soldiers are not going to like that, they can be beaten.”

“These sites were a treasure trove for our spies, and the dating apps in particular – soldiers and those involved in the military effort were particularly unguarded,” the source said. “It meant we were very au fait with the plans and the imminence of the invasion, right down to details such as the movement of blood supplies to the Russian troops.”

The source added that the UK shared vast amounts of intelligence with the Ukrainians.

“We are basically giving them unexpurgated access to our intelligence to help them as best we can, only keeping back details to protect sources and to disguise some of our methods.”