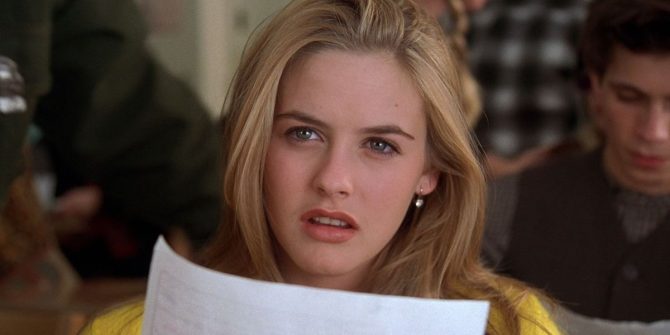 Actress Alicia Silverstone, who scored a break-out hit with the movie Clueless 25 years ago, has revealed her favorite part about becoming a star. The actress says her embrace by the gay community brought her the most joy.

In an extended retrospective with Vogue, Silverstone reflects on the filming process, reception of the film, and its enduring legacy. Amid memories of meeting the late Brittany Murphy for the first time, working with Paul Rudd and Stacey Dash, and not quite seeing the humor in such a materialistic character, Silverstone admits to an unexpected delight.

Related: ‘Clueless’ might get a remake and the internet is divided about it

“I was really well-received by the gay community after Clueless came out,” Silverstone says of her success. “They’ve always been my people. I don’t know if it’s just this film or my vibe that’s endeared me to them, but that has always been my favorite aspect of the film. Particularly what it means to gay boys.”

Clueless also broke new ground by including a gay character in the person of the ever-fashionable “elusive Christian”–a highly unusual step for a teen comedy. Silverstone adds that the film helped her find a style consultant and gay bestie of her own.

“Christian Siriano [of Project Runway fame] is like my real-life Christian,” she says. “Whenever we hang out he’s basically like my boyfriend. We love each other so much and I’m sure some of that stems from him really admiring Clueless and what Cher meant to him and all of his friends growing up.”

Clueless continues to have an avid following 25 years on. The hit film also spawned a short-lived TV series in 1996, a stage musical in 2018, as well as a series of novels. In 2019, CBS announced it would adapt the film as a new drama series.