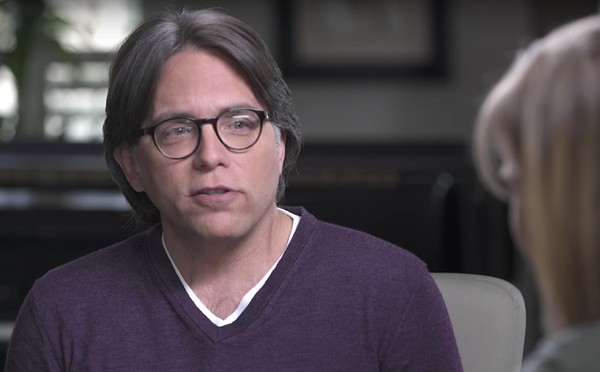 Hot off their success with the documentaries Leaving Neverland and The Inventor, HBO films has announced production on a documentary about the so-called Hollywood sex cult NXIVM.

Directors Jehane Noujaim and Karim Amer, who scored an Oscar nomination for their film The Square, will take on directorial duties.

The limited series will trace the rise of NXIVM under the guidance of its elusive leader Keith Raniere, and include interviews with women who will detail their time in the cult.

Raniere billed NXIVM as a self-help group. The group received a major boost through the participation of actress Allison Mack, known for her role as Chloe on the superhero soap Smallville. Together, Raniere and Mack recruited dozens of women into their group, generating millions of dollars.

NXIVM also featured an elite group known as DOS (also known as “The Vow”) where women would enter into slave-master relationships with other ladies in the cult. Members of DOS would undergo bizarre initiation rituals which would involve turning over collateral like nude photos or financial information, a painful skin branding and often, sex with Raniere.

US officials charged Raniere, Mack and several other involved with NXIVM with a myriad of charges including sex trafficking in 2018.

Earlier this month, Mack pled guilty to racketeering charges as part of a plea bargain. She will undergo sentencing this September. Raniere’s trial is set to begin on April 29.