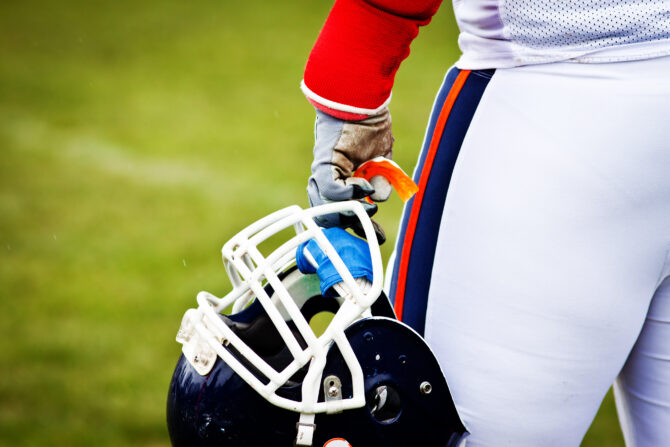 A former college football player says he was harassed and brutally attacked by a teammate who thought he was gay, and that the team’s coaches not allowed the abuse to continue, but gave him the worst advice imaginable.

In a federal lawsuit, John Haynes describes the intensely homophobic environment he endured while playing at Troy University in Alabama. He alleges that fellow player Jack Dawson, with whom he also shared a living suite, tormented him during their time as teammates.

The attacks allegedly occurred during the fall of 2020. In one horrifying encounter, Dawson allegedly sodomized Hayes with a pool cue and left him bleeding on the floor. The suit describes another instance in which Dawson allegedly punched Hayes seven times in the face, resulting in a broken nose.

The suit also lists three Troy coaches — Brian Blackmon, Jamaal Smith, and Dayne Brown — as defendants. Haynes says when he appealed to the coaches for help, they blamed him for the abuse and told him to fight back.

In a shocking description of a 2020 meeting with the three coaches, Haynes recalls Smith telling him:

“John, you gotta stop doing all this gay sh*t like getting into bed with other guys and being so nice. Guys don’t like that gay sh*t. That’s why Jack and others are bullying you so you just gotta beat Jack’s a**.”

Jacksonville’s CBS 42 reports that Smith continues to work at Troy University, according to its website.

Haynes also says that when he asked to change suites to get away from Dawson, his request was denied.