Netherlands-based Douwe Egberts is popular across Europe. The new advert popped up last week on its Belgium YouTube channel.

In the commercial, two young people are shown making out on a living room sofa. One is a young woman and the other is wearing a hoodie, so their identity is not shown. Most viewers would probably assume it’s a young man.

The duo are interrupted by the sound of someone else returning home. They scamper upstairs as the father of the girl walks through the front door. He captures a glimpse of the pair.

After a moment of thought, ‘papa’ texts his daughter three coffee cup emojis – inviting them to join him in the kitchen. It’s only when they come downstairs do viewers see that the kissing couple are both young women, and the father has no problem with this. 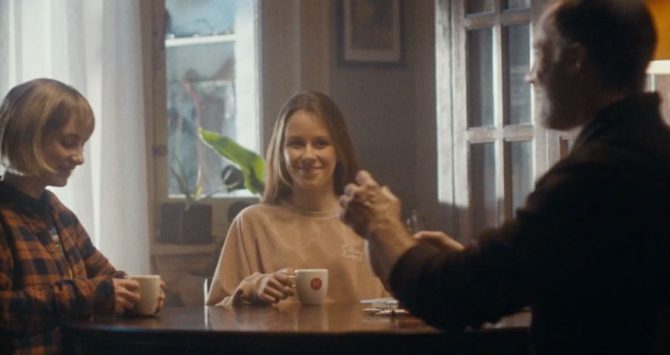 The advert handles the father’s reaction to his daughter’s romance in a sweet and sensitive way. Unsurprisingly, it has received praise on social media.

Not me crying at this random ad I just got ? pic.twitter.com/RuGIIomTNk

One person’s tweet has had over half a million likes.

EVERYONE SHUT UP AND LOOK AT THIS COFFEE ADVERTISEMENT pic.twitter.com/oqpNvBAcXa

Also, more than one commentator pointed out the young queer couple is not the only thing in the ad’s favor: The dad is pretty handsome, too. 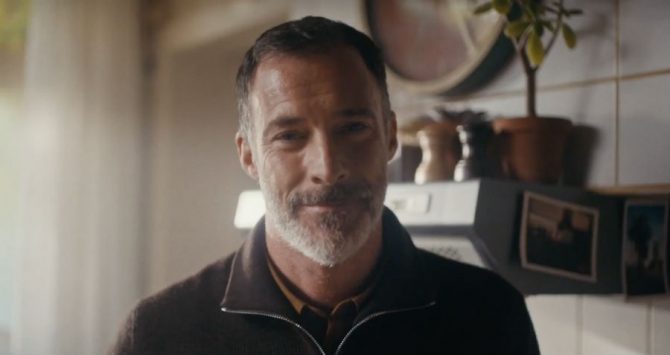