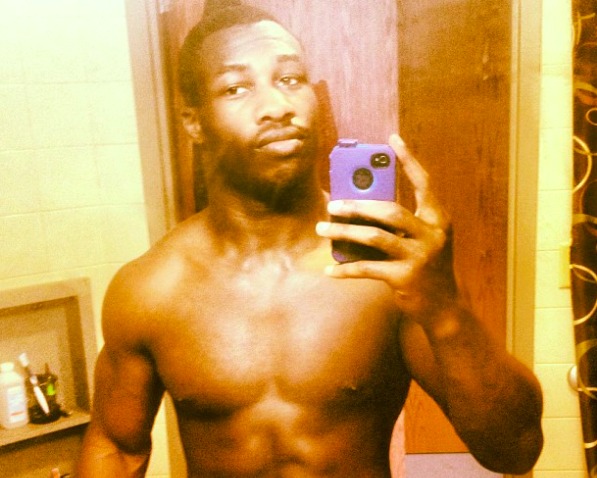 A new development in the story concerning Michael Johnson (a.k.a. Tiger Mandingo), the collegiate wrestler who was sentenced to more than 30 years in prison for “recklessly” exposing other men to HIV…

His lawyers tell BuzzFeed News that the 26-year-old has been granted parole after a lengthy and hard-fought legal battle.

Just to recap: In 2013, Johnson was accused of  “recklessly” exposing multiple partners with HIV while he was a student at Lindenwood University in Missouri. He was sentenced to 30.5 years in prison by a jury pool stacked with white, HIV-negative heterosexuals, the majority of whom actually said they thought being gay was “a sin.” Evidence presented to the court included graphic descriptions and images of Johnson’s “huge” penis.

In 2016, a Missouri appeals court overturned that conviction, ruling that the prosecuting attorney, Philip Groenweghe, had failed to fairly disclose evidence to Johnson’s attorneys. Then in 2017, Johnson agreed to a 10-year no contest “Alford” plea deal rather than face another trial.

Last month, Johnson appeared before the Missouri Board of Probation and Parole.This week he learned that his parole had been granted.

But there’s a catch.

Johnson will remain incarcerated for another 18 months. He won’t be released until October 2019, almost six years after he was originally locked away. If released as planned, he will have served 60% of his 10-year sentence.

Johnson’s lawyers, Eric Selig and Jessica Hathaway, tell BuzzFeed News, “We had some hopes, because of all the support Michael had received and a couple of other factors, that he would get out at an earlier date.”

Meredith Rowan, who attended Johnson’s parole hearing as his delegate, adds, “Michael was excited that it got approved. I have to look at it that I have a date, and it’s only 18 months away, and it’s still a lot sooner than a 30-year sentence.”