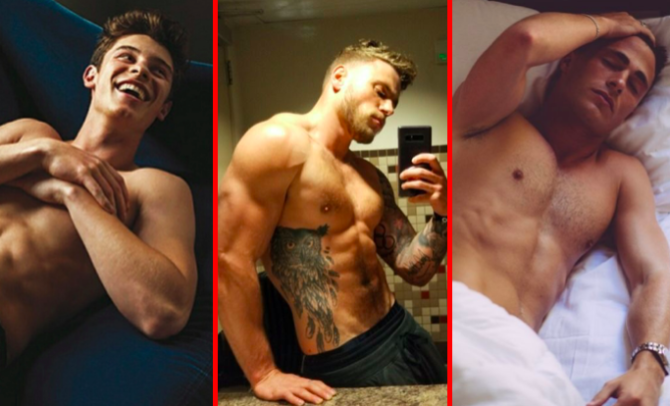 The trio hooked up at iHeartRadio MMVAs over the weekend, where they snapped a selfie together on the red carpet.

The iHeartRadio MMVAs are broadcast on the Canadian television channel Much and celebrates the year’s best music videos.

The hunky Winter Olympian shared this picture of himself next to Haynes and Mendes (and the Sean Cody logo!) with his nearly 300K Twitter followers, along with the caption: “New video coming soon!”

But we can still dream, right?

Naturally, others had quite a bit to say about the idea.

Guys – That is TOTALLY inappropriate & Immature!

Sean Cody will find a way to screw it up…go to @GuysNsweatpants ?