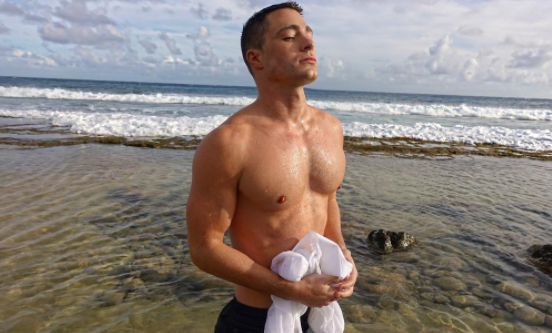 Just how much of Colton Haynes will audiences be seeing in the new film Rough Night?

The jury’s still out, but according to one inside source — a lot.

We’re inclined to trust this highly sensitive bit of intel, as it came from Haynes himself in the form of a Snapchat share.

Related: A romance for the ages: Colton Haynes and his boyfriend’s relationship as documented on Instagram

“I’m nervous because I may or may not have a lot of clothes on in this movie and I don’t know what made the trailer or not,” he told his followers. “So you guys might be seeing something soon.”

(If you’re inclined to follow Colton on Snapchat, his username is ‘c0ltonhaynes’.)

The red band trailer, released today, doesn’t quite deliver on Colton’s anticipation build-up. It does, however, look like it could be a positive turn-around in the “stupid comedy” genre, which seems to have been in steep decline lately:

If you watched that and thought “wait isn’t Colton Haynes supposed to be in this?”, you missed his brief appearance.

While there is a noticeable lack of that “something” Colton alluded to showing off, his one moment in the trailer does offer a promising clue: 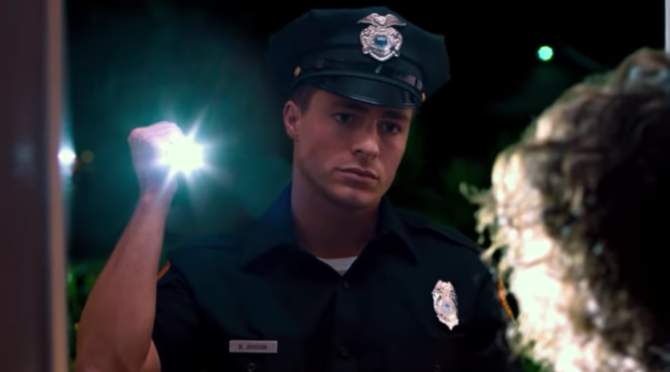 There is simply no way Colton’s cop character doesn’t end up being a stripper.

Rough Night is billed as an “edgy R-rated comedy” and stars Jillian Bell, Ilana Glazer, Scarlett Johansson, Zoë Kravitz and Kate McKinnon as five besties from college who accidentally kill a male stripper (not played by Haynes) and must cover it up.

Comedy, we have to assume, ensues.