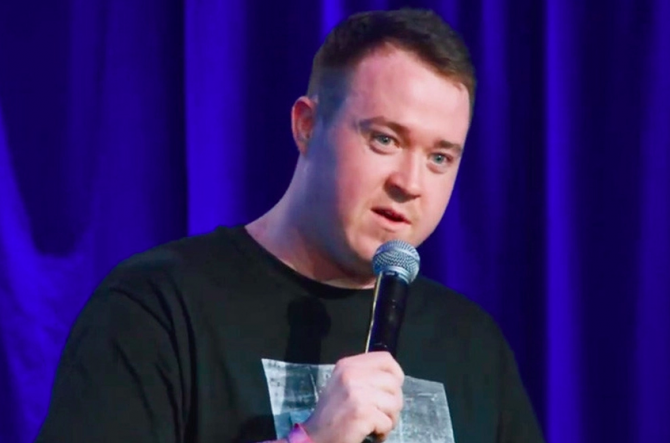 But then it completely undid all the progress it had just made by announcing Shane Gillis, who has a long history of using slurs against Asian people and gay people (and other minority groups) in his act, was also hired.

After footage of Gillis calling Chinese people “f*cking ch*nks” and speaking in a stereotypical Asian accent, and bashing “white f*ggot comics” who are “f*cking gayer than ISIS” surfaced online, Gillis put out a statement saying those remarks weren’t meant to be taken seriously.

“I’m a comedian who pushes boundaries,” Gillis said in a statement posted to social media. “I sometimes miss. I’m happy to apologize to anyone who’s actually offended by anything I’ve said.”

But many professional comedians aren’t interested in hearing Gillis apologize…

It took 45 years for @SNL to get an East Asian cast member and in that same year he’ll be joined by someone who would have no problem calling him a “fuckin’ chink.”
Gotta be a joke in there somewhere. https://t.co/BB8C4lQU4X

As a comic who also "pushes boundaries" part of the deal getting pushback. If you don't want pushback then don't "push boundaries".

Also the boundaries of "jokes" on native Chinese ppl not speaking English well were already pushed by comics when TV's only came in black & white. https://t.co/DBMTB2yAPT

This word has been used to dehumanize my people for over 150 years. You don’t get to use it in the name of edgy comedy.

Like the other members of my community I am eagerly awaiting @nbcsnl’s response. pic.twitter.com/oWAl7NuLKK

.@Shanemgillis were you or were you not just casually eating a sandwich while voice texting this apology on your iPhone w/ a cracked screen??Where’s the respect?? At least sign the damn thing. Use apology letter font (Times New Roman). I don’t wanna see the lazy process!

Even Andrew Yang, who is currently running for the 2020 Democratic nomination for president and who Gillis once called a “Jew ch*nk,” got involved, telling him he’d be happy to sit down and explain to him why being racist isn’t funny.

For the record, I do not think he should lose his job. We would benefit from being more forgiving rather than punitive. We are all human.

SNL has yet to issue any comment about the controversy. The show’s 45th season kicks off September 28.