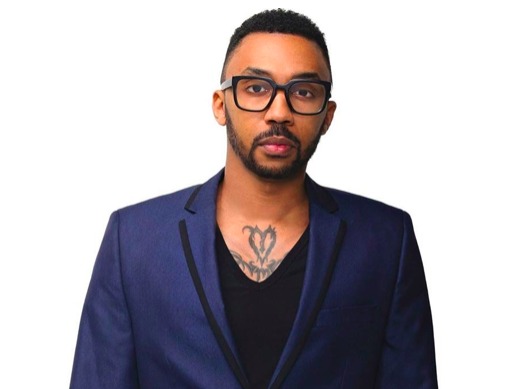 I have lived my life with many identities. Pretending to be hetero, for instance, out of safety concerns while trying to figure out who I was and overcome my own internalized homophobia.

Growing up in Plainfield, New Jersey, a small town about 30 minutes from New York City, most of my friends were hetero. There weren’t many people living “out” and the very few who did dealt with an ostracization that I didn’t want to subject myself to. Even still, I know there were shameful whispers behind by back, and few times even to my face, from people I considered friends.

As I’ve gotten older, I’ve learned that much of the discourse I received from other Black hetero males growing up wasn’t by choice as much as it was by conditioning and design. Colonization taught them how to separate themselves using a hierarchy based on patriarchy. The assimilation into society was always the goal for whiteness, and those who couldn’t fit the heteronormative mold got pushed to bottom of the pyramid.

Today, the Black community in many facets has accepted the LGBTQ community, and even worked with us on breaking down the internalized discrimination that allows us to separate one’s identity from their blackness. We have joined together on the movement against police brutality, and we are even seeing queer representation and visibility growing in traditionally hetero dominated spaces. At the same time, I also know that many will never come around to idea of respecting and acknowledging non-hetero identities, but for those who do it is important they not be cast aside.

I recall a recent discussion with a cisgender hetero friend of mine named Frederick Joseph. Many know him as the person who started the Black Panther Challenge which has sent close to 55,000 children worldwide to see the movie. While campaigning he took a picture with rapper Nipsey Hussle, who participated in the campaign. I quickly contacted Fred to let him know I was concerned about his willingness to support a person who many know as misogynistic and homophobic while also finding the ability to be my friend and concerned about causes that affect LGBTQ people.

He responded by stating he didn’t know the back story of Nipsey Hussle. Even still, he apologized and said he understood how it could be triggering for LGBTQ people. The thing I always appreciate about Fred is that he is willing to learn.

A follow-up discussion on a separate topic had me leaning in hard on him about LGBTQ issues. When he asked if I could stop lumping him in the “all hetero men…” category, I had to stop for a second and think about what that meant.

For me, there are times where it is sometimes hard to recognize “a person who wants to learn” from “a person who is a threat”, making it easy for me to treat both the same. Sometimes it comes so natural to show up ready to fight that I forget with some people I may have already won.

If I’m going to be willing to teach, and want my community to learn, I must leave the space open for growth. The same space and time it took for me to fight against my internalized homophobia many years ago. I realized it is OK to pull back sometimes, especially for those hetero men really do have my back. It’s OK to let them in and stand by my side to condemn and correct certain parts of the community that have been unwilling to listen to our needs.

I understand some LGBTQ people are tired of doing this, and rightfully so. We have been erased from the history books and calling out homophobia generations over. For those who are no longer willing to do this, I fully understand. I know my duty is a little different. It is on me to help bridge this gap within our community and work to get to a place where homophobia is a thing of the past, and people can exist among each other safely and respectfully, regardless of how we identify.

Subscribe to Queerty for a daily dose of #life #georgem.johnson #homophobia stories and more