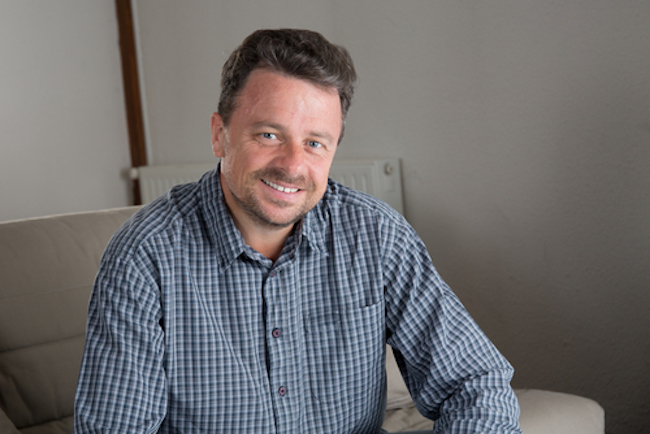 Growing up in the north of England in the 1970s, he was too much of a troubled teen and didn’t have the strength to come out.

His parents harshly condemned gay men, saying they were “all perverts and need putting down.”

No, coming out really wasn’t really an option, he thought.

So, like so many other gay men, he repressed his sexual desires, married a woman, and had two children.

Related: Upon learning her husband slept with a man in college, wife goes ballistic and seeks separation

In October, he had a nervous breakdown and decided he needed to come clean to his wife and kids, a 24-year-old man and 26-year-old man.

“I’d fallen head over heels in love with a close friend who I’d known for the last five years,” he writes on Reddit, using the name jeffereeee.

“He came out after being married and also having two children, although a lot younger than me, he’s 36. He was the first person I came out to. We haven’t had an affair or any such [thing], but he knows how I feel about him.

“After a while of chatting to him about how I felt and the fact that now I must talk to my wife and be truly open as to how I feel, I finally did it, talked to me wife, children and close family and friends.”

The reaction has been “amazing,” he says.

“I always felt that I would lose everyone in my life who I care about: my wife, who I still love very much, my children and friends.

But instead of losing them… we have all become so much closer, and [now] have a better relationship because I can now finally be who I want to be, and be true to the people around me and myself.”

But now, at 53, he’s still having a difficult time coming to terms with his sexuality. The fight isn’t over.

“Trying to make myself go out and meet gay guys and make new friends is so difficult. I live near Brighton in the U.K. There is a big LGBT community in Brighton but taking that first step is my next challenge.”

His story has hit home with many other Redditors.

“Holy shit,” writes axlroxdotcom. You have no idea how well timed your post is for me personally.”

“I’m a 31-year-old man in the US with a wife and 3 year old son. Just like you I’ve been fighting my true self and repressing the fact that I’m gay for my whole life. The only difference is that I haven’t come out to anyone but my therapist yet.

I’m actually planning on coming out to my wife this coming weekend and I’m just about paralyzed with fear and anxiety. It means so much to me to be able to read someone else’s story and know that they’ve made it to the other side ok. I’m so happy for you and I love you for sharing this.”

“I am really impressed with your courage and the inner power to do what you’ve just done, especially considering what you’d been going through the most of your life.

As a 44-year-old man, I can only say just be careful when making new friends. I know that might sound silly for a 53-year-old guy, but sometimes we happen to do or say something only to please or impress somebody but they’re not always worth it. And I wish you a genuine and inspiring love that would help you on your new way of life. Big hug from Nottingham.”

Did you come out later in life, or know someone else that did? Share your stories in the comments below.