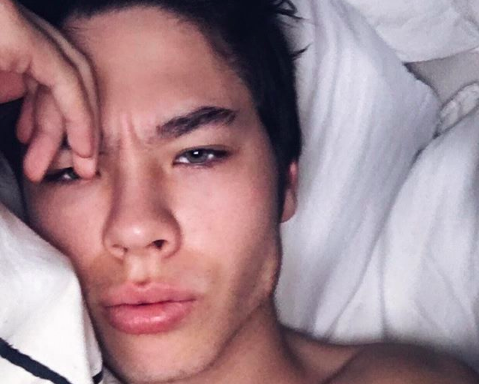 “I have been doing this for two years now,” Kaeden tells HuffPost in a new interview.

Yes, you read that correctly, folks. He’s 18 and he’s been “sugaring” for two years, which means he got started around the same time he got his driver’s license.

“They pay me to just be with them,” Kaeden says. “The look is important. They feel more important when they spend time with a ‘beautiful’ person.”

i want a bouquet of sunflowers and roses

Kaeden estimates he’s had between 30 and 50 sugar daddies over the past two years. Some are older. Some are younger. Some are married. Some are single.

“Some sugar baby relationships can last a few months or years. Others are only an appointment,” he explains. “Most men come from abroad or travel a lot. When they come to my city, we’ll see each other once or twice.”

Date activities range from dinner and drinks, to long romantic walks, to chats on Skype.

Kaeden says he makes anywhere from $2000 to $5000 a month just hanging out with older gents, who then shower him with gifts and affection.

“I have already received everything possible,” he says, “from a $ 15,000 watch to clothing or Apple products.”

He recently expanding his customer base to include sugar mamas, as well.

“That was definitely something new,” he says. “In the end we, had a good time and she became not only my Sugar Mommy but also a good friend.”

As for his friends and family, Kaeden says they are very supportive of his chosen profession.

“I am supported from all sides,” Kaeden says. “Some friends were even so inspired by me that they also try sugaring. I keep getting messages because they want tips from me.”